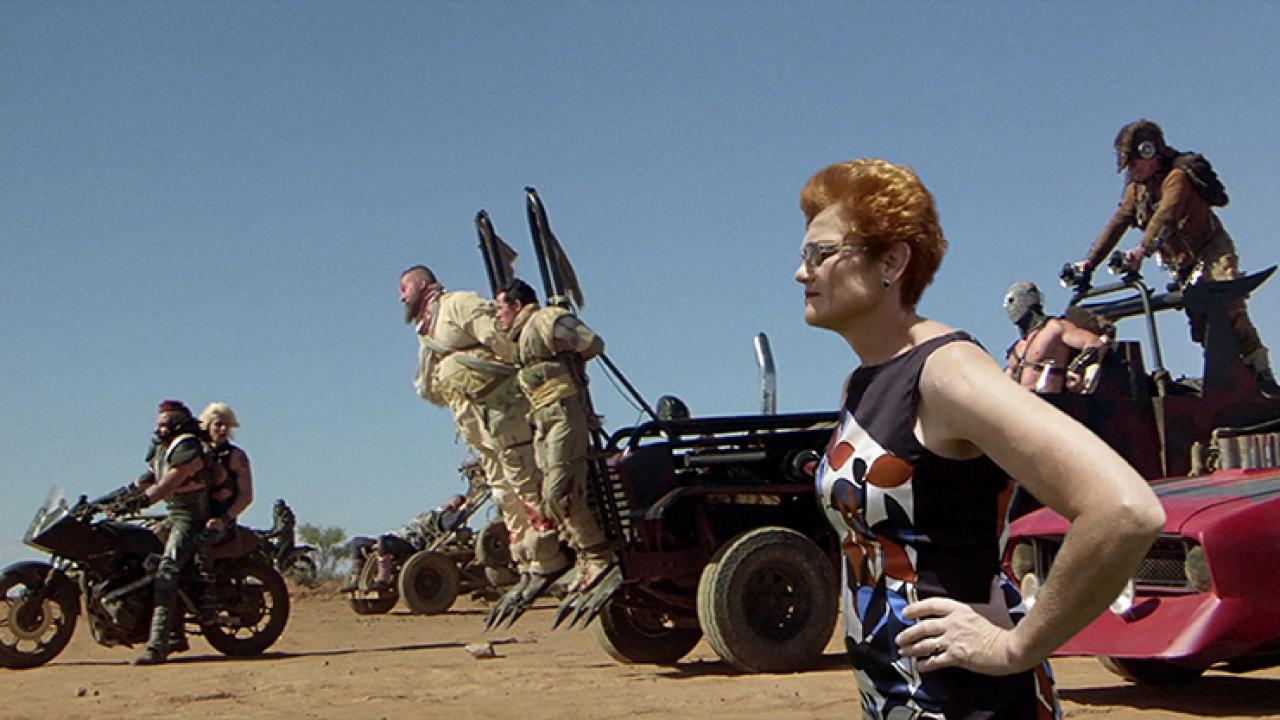 6:30pm – Join us for a complimentary SOBAH on arrival.

Part political satire, eco-horror and road movie, TERROR NULLIUS is a political revenge fable which offers an unwriting of Australian national mythologies. Binding together a documentary impulse with the bent plotlines of Australian film texts, Soda_Jerk’s revisionist history opens a willful narrative space where cinema fictions and historical facts permeate each other in new ways. The apocalyptic desert camps of Mad Max 2 become the site of refugee detention, feminist motorcycle gangs rule the highways, and flesh-eating sheep are recast as anti-colonial insurgents.

Formed in Sydney in 2002, Soda_Jerk is a two-person art collective who work at the intersection of documentary and speculative fiction. They are fundamentally interested in the politics of images: how they circulate, whom they benefit, and how they can be undone. Predominantly working with video and lecture performance, their sample-based projects have also taken the form of cut-up texts, manifestos, screensavers and public interventions. They have been based in New York since 2012.

Commissioned by Australian Centre for the Moving Image.