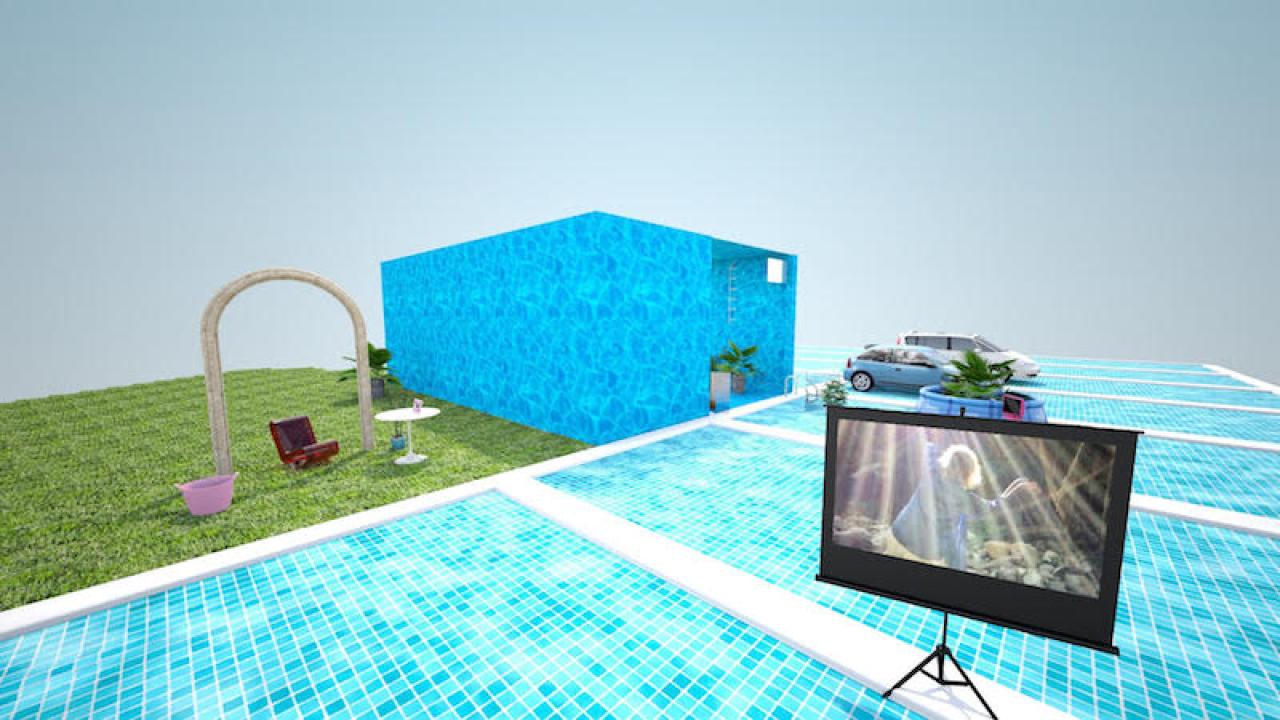 Opening this Saturday 6 May, 5 – 8pm
Join us and artist Brooke Stamp for an installation performance on opening night with special guest Tom Smith (Sydney)
Exhibition continues until Saturday 20 May

Under spells of temporal stasis time ceases to flow and conditions becomes fixed – all body functions pause, and no force or effect can be of harm. A spell enacted elicits a moment – where pure presence is all there is – hovering as a gasp between infinite temporal dimensions, densities, tensions and patterns of disturbance.Exploring residual energies of materials, ecologies, landscapes and site-specificity, Brooke and Anna work between a visual art and choreographic logic to explore a multiplicity of embodiments unhinged from time and entropy. For Brooke and Anna, Spells of Temporal Stasis is a process, performance and installation in fixed/flow, it pursues an energetic return to Brooke’s early life on the Gold Coast, their current collaborative dialogue between London and Sydney, and various site based rituals and scores that will take place between them, a Sydney Sandstone Quarry and Miami GC in the lead up to the exhibition.

Brooke Stamp practices between dance, choreography and visual art. She completed a Masters of Fine Arts at the University of NSW Art and Design School (2017) and is a graduate of Dance from the Victorian College of the Arts Melbourne (1999). Currently based in Sydney Stamp draws from improvisational movement practice, sound and visual art performance installation to examine the body as living archive. She has been a principal collaborator with leading experimental dance company Phillip Adams BalletLab (Melbourne) for which she has toured extensively internationally for the past 18 years, and created a major commission for the company ’And All Things Return to Nature’ (2011-2013). Stamp was a presenting artist in the 20th Biennale of Sydney (2016) with artist Agatha Gothe-Snape for their work, ‘Here, an Echo’, a scored walk performed in the city of Sydney throughout the duration of the Biennale. She was a semi-finalist in the Keir Choreographic Award (2014), and the recipient of the Critical Path research residency (2016). Stamp has worked collaboratively with visual artists Agatha Gothe-Snape / BOS, AGNSW, GOMA, Lane Cormick /TCB Gallery, Sally Smart /AGSA/ Sarah Scout Presents, Bridie Lunney /Art Space, and with sound artists producer Casey Rice, Brian Ritchie / MONA FOMA / and James Cecil / Architecture in Helsinki. In 2005 Stamp was awarded the Skills and Development grant from the Australia Council of the Arts, for an extended period of study in New York. In 2016 she was awarded the Fellowship for Dance, by the Australia Council for the Arts, which supports a two-year program of artistic development, nationally and internationally.

Anna McMahon completed a Bachelor of Fine Arts (Hons) at Sydney College of the Arts (SCA) in 2010, a Master of Art Curatorship at The University of Sydney at SCA in 2011 and a Master of Fine Arts at SCA in 2015. She is a resident artist at Parramatta Artist Studios in 2016/2017 and was a 2015/2016 Co-Director at Firstdraft Gallery Sydney. She was the 2016 recipient of the Dominik Mersch Gallery Award, and is a recipient of the Dr Denise Hickey Memorial Studio at the Cité International des Arts, Paris in 2017, awarded by the Art Gallery of New South Wales. She has been awarded funding through the Australia Council for the Arts, Arts New South Wales, the Freedman Foundation (through the National Association for the Visual Arts) and the Inner West Council.

SPELLS OF TEMPORAL STASIS is the fourth annual collaborative installation instigated by THE WALLS, where divergent practices of dance, installation and the natural world converge.

Join our Facebook event here.
Brooke Stamp is supported by the Australia Council for the Arts.