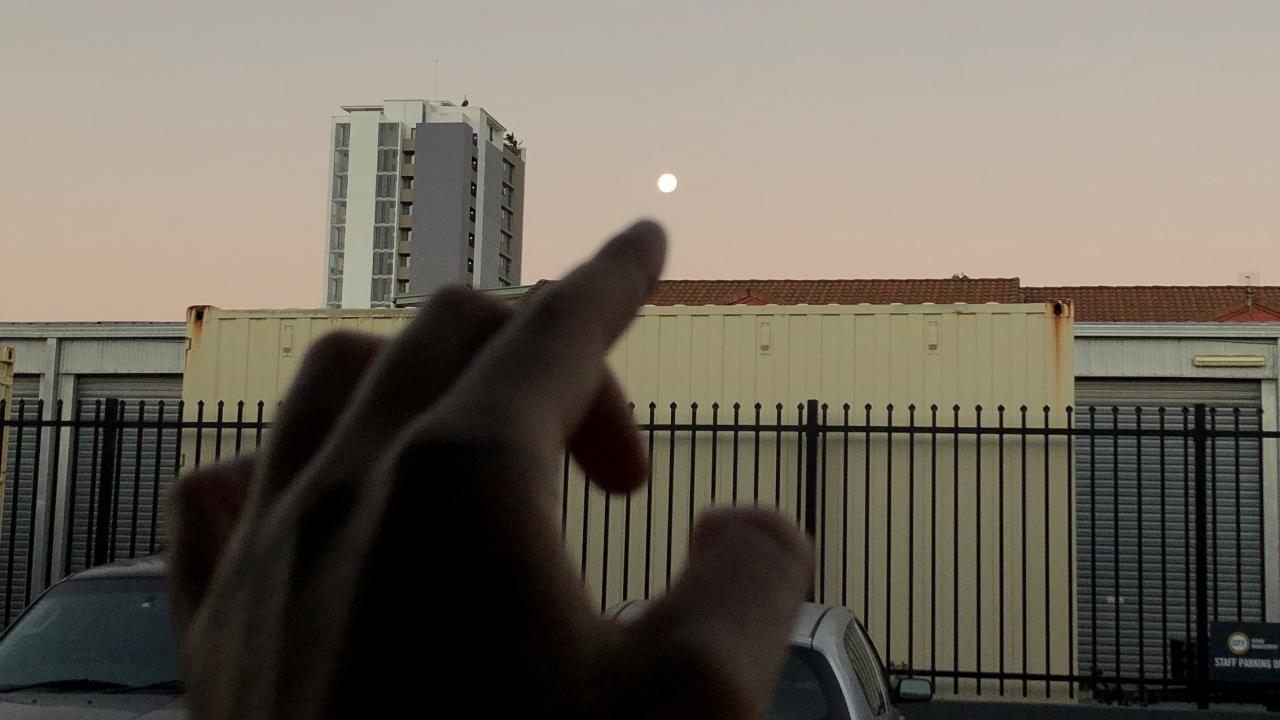 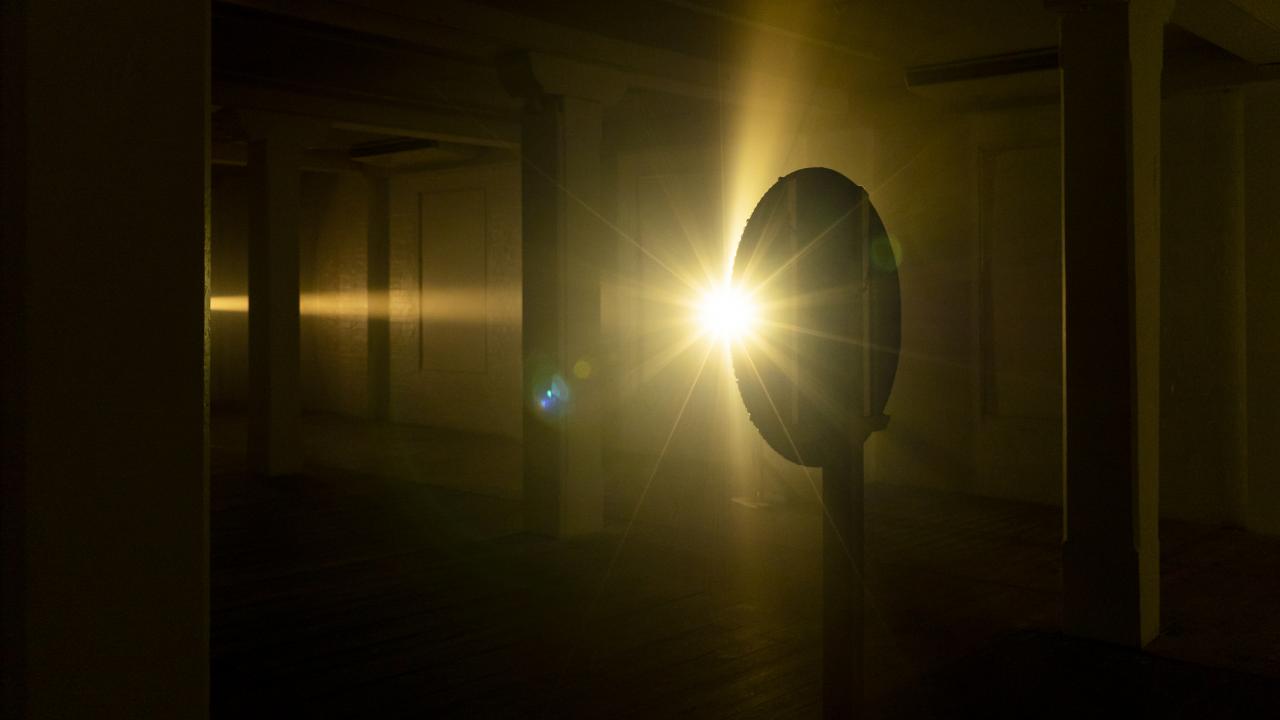 EXHIBITION / CLOSING
KINLY GREY
touching in the all

‘touching in the all’ continues KINLY GREY’s study of light phenomena as metaphysical inquiry, intuitive meaning-making, and as a humble attempt to glimpse the divine.

‘touching in the all’ is an exhibition of new work by Kinly Grey developed during a month in residency at The Walls Art Space. During this time, Kinly has continued their study of light phenomena, this time as an experimental embodiment of ideas inspired by hermetic philosophy. The work is situated as a visual aid to inquiry, as a site to explore and understand the universe and how it might work. Through the use of a common light device, Kinly summons histories of art, image making, and astrological study, and conflates these with a kind of contemporary poetic reasoning. Specific to The Walls, Kinly makes minimal interventions in the space, yet brings the outside in, squeezes the large into the small, and, quite literally, turns the world on its head. ‘touching in the all’ is part metaphysical inquiry, part intuitive meaning-making, and a full and humble attempt to glimpse the divine.

Kinly engages sensory experience and expanded poetics to explore art as affect. These experiments take form across mediums, including instructional works, performance, objects, and atmospheric installations. They occur in outdoor public spaces, as well as in the gallery. Placing viewer experience at their centre, Grey’s works often require participation or enactment for their realisation.

Currently, Kinly is experimenting with meteorological and atmospheric conditions as embodied phenomena. They’re exploring the thresholds of perception as spaces to engage other ways of feeling, understanding, and being in the world. Laden with metaphor, and foregrounding perception, Kinly’s works are explorations of feeling and experience that intersect the intimately personal with the cosmically reflective.

Kinly Grey currently lives in Brisbane and loves it sick. They’re predominantly an artist, but they also write a bit, and talk a lot about how good the weather is. Hobbies include eating oranges, science fiction, long distance running, and being outside. For money they work a couple of jobs including bar work, gallery technician things, and boat cleaning. One day they will have a dog probably called Janet.