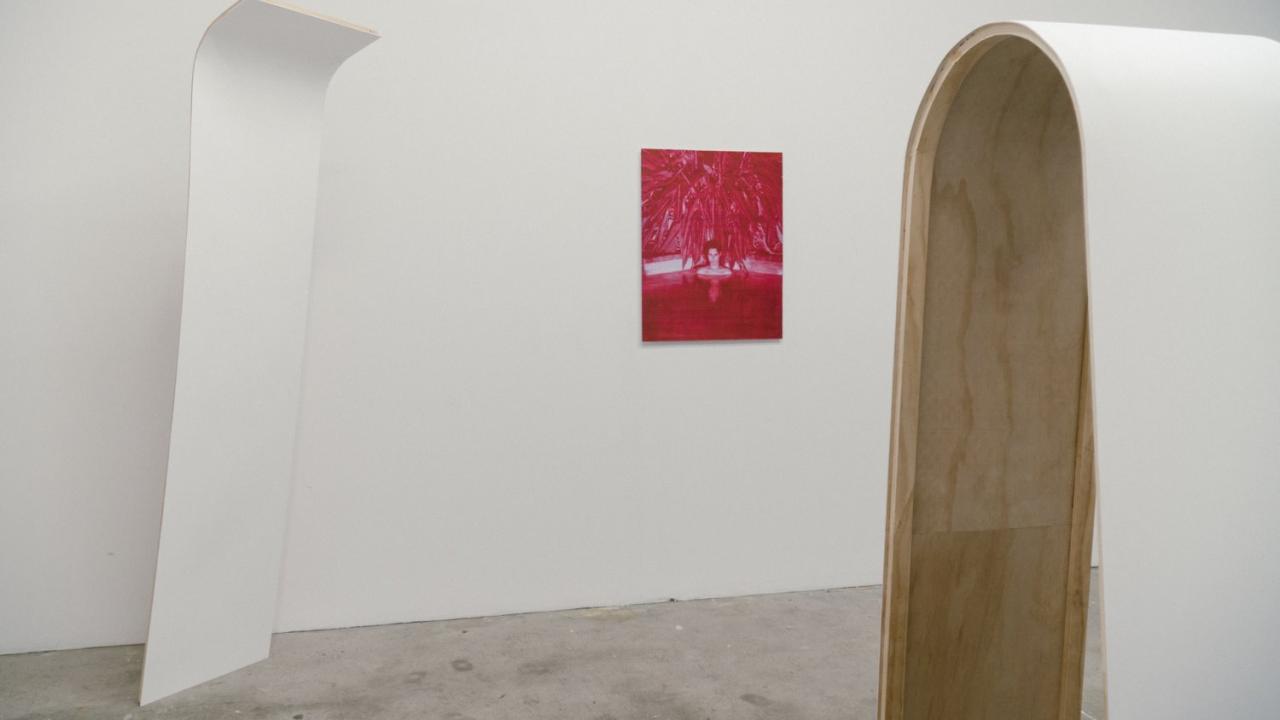 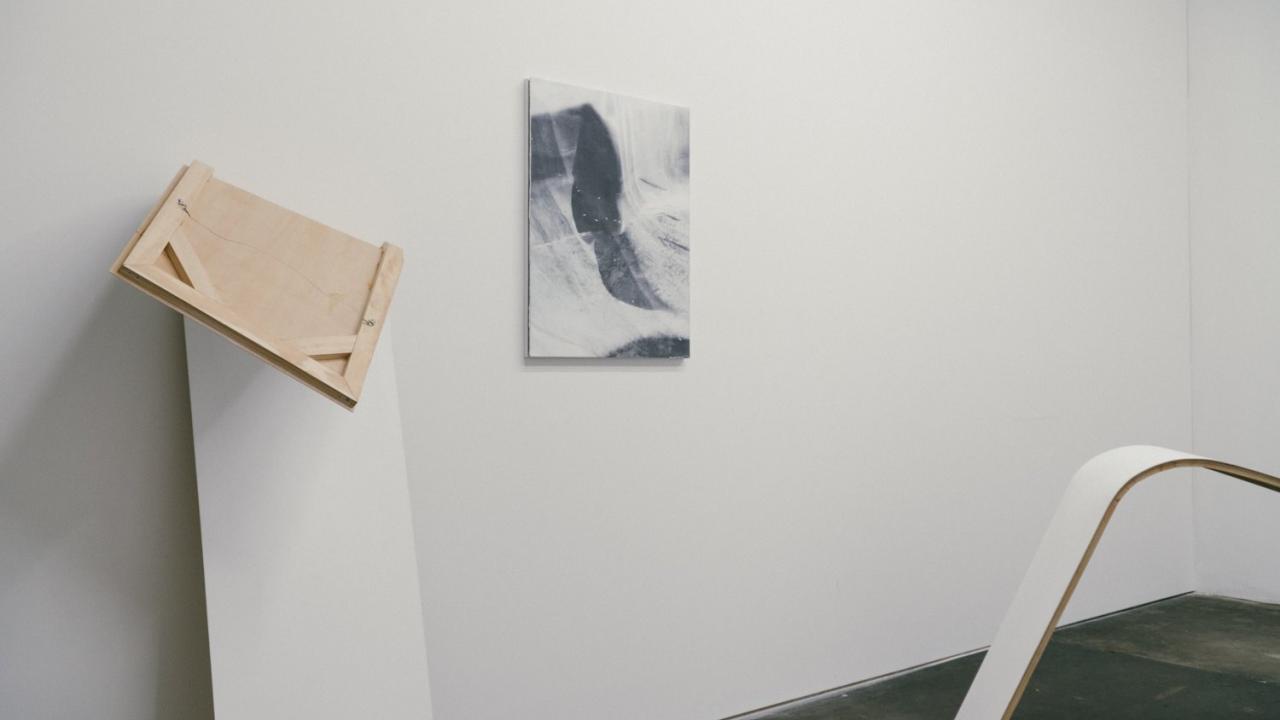 Assuming a Surface expands upon James Barth’s and Tyza Stewart’s existing painting and image making practices. Both artists produce ongoing series of self portraits that critique constructions of (trans)gender narratives, visibility and image production. Their joint exhibition arose from a desire to consider more abstract and non-figurative aspects of their respective practices; to seek open-ended, non-prescriptive ways of addressing these ideas. Barth and Stewart have foregone conventional methods of painting to produce an exhibition that speaks to the functions of painting as a representational tool. Though neither artist shies from the expectations of painting, in Assuming A Surface the medium is exposed. Because of the reductive nature of representation in conventional painting practice Barth and Stewart have manifested works that transcend formalist fixations on aesthetics; they infer a greater significance than just their surface and decline to be categorised by declarative readings. This is a show absent of conventional representation and absent of resolution. Their pursuit of alternative surfaces and extension of their medium attempts to relinquish their image from representational dogma. By creating new methods of painting in Assuming A Surface, Barth and Stewart eliminate the need to rely on pre-existing binaries and establish a more equitable discourse that can accommodate practices outside of the accepted canon.

The first iteration of this exhibition occurred at Outer Space Artist Run Initiative in Brisbane, in 2018.

JAMES BARTH
James Barth is a visual artist who primarily with painting and digital media. James is currently studying their doctorate of visual arts at the Queensland College of Art. James’ works focus on self portraiture and transgender subjectivity within images. Their work is informed by politics of visibility, image production, and agency.

CAITY REYNOLDS
Since 2016 Caity Reynolds has been the co-director of Outer Space Artist Run Initiative. She completed her Bachelor of Fine Art in 2013 with first class honours and has been a PhD candidate at the Queensland College of Art since 2014. During her candidature she has lectured extensively in art theory and studio courses while also overseeing the Fine Art and Photography Honours program as a lecturer in Research Methodologies. She has exhibited nationally and internationally including at, MetroArts, The Brisbane Powerhouse, Crane Arts in Philadelphia and OurHouse in London. Reynolds has interned for Eyeline Magazine and written extensively for local artists and creative professionals.