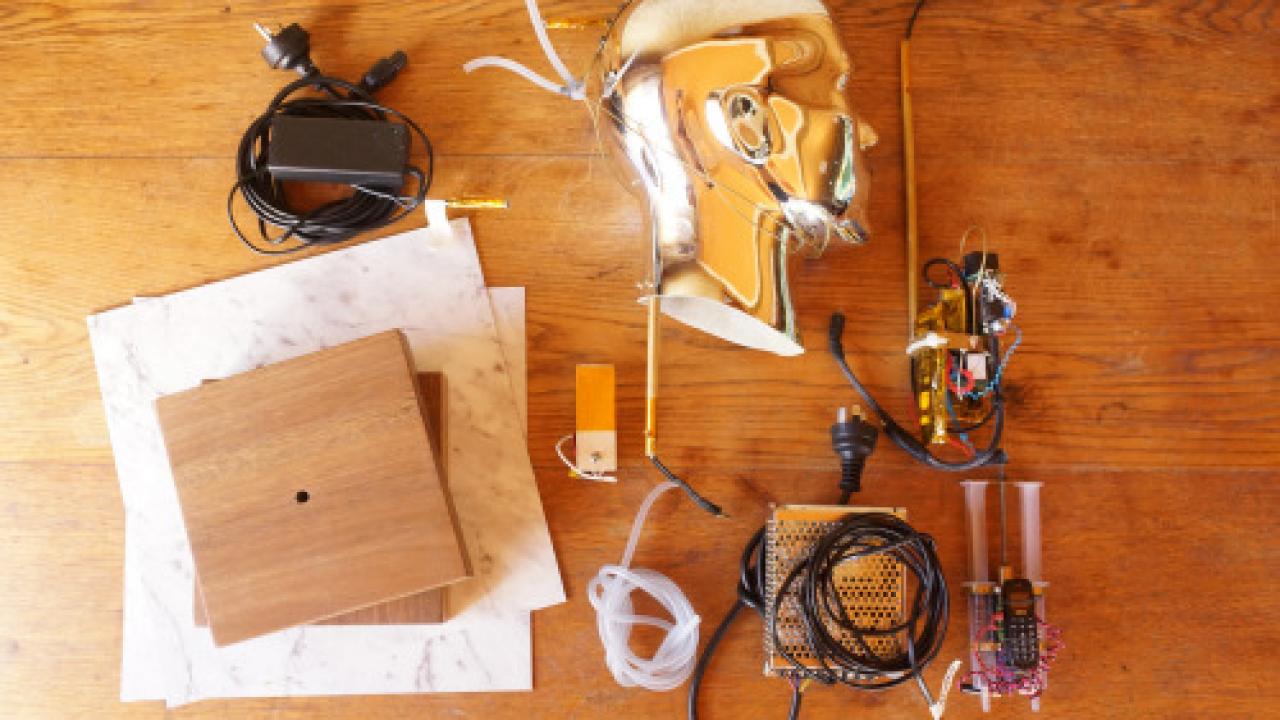 Exhibiting artist Michael Candy will discuss the process of making and installing Digital Empathy Device in Paris and his return home to the Gold Coast where he has assembled the work at THE WALLS.

Digital Empathy Device [2016], utilises open source technologies to monitor Livemap; an online, citizen-run mapping service that correlates live information on bombings, hazards and attacks in war zones around the world. A foreign air raid or bombing triggers a mobile phone activated device mounted on a public statue, causing it to weep every time an attack is reported. The work has been developed in response to the proliferation and subsequent dehumanisation that occurs when we view facts of these bombings online, condoning military retaliation—in this particular case, Syria. Installed in Paris, where the device was fabricated in a hotel room and mounted terrorist guerilla style atop the head of the ‘Marianne’ statue, a symbol of the French Republic and égalité, towering above the civilian memorial of the 2015 Paris Attacks. This project took place during the 2016 Nuit Debout radical youth movement protests.

Michael Candy [Australia/Gold Coast?/Nomadic] uses physical technologies to impose systems on ecology and sociology. His work incorporates making scale replicas of metamorphosis to remotely operated protest devices installed within the G20 exclusion zone. His devices empower and translate closed systems into tangible medium; a flooding river is given a voice, a goldfish is at the mercy of a cocktail party, colours shine never visible, synthesisers are controlled by an active volcano and in the Amazon mercury vapour rises above a golden statue in an illegal mining town. Candy’s work stages a myriad of encounters myriad of encounters both ecological and political, giving rise to contrasts as paradoxes become diluted.