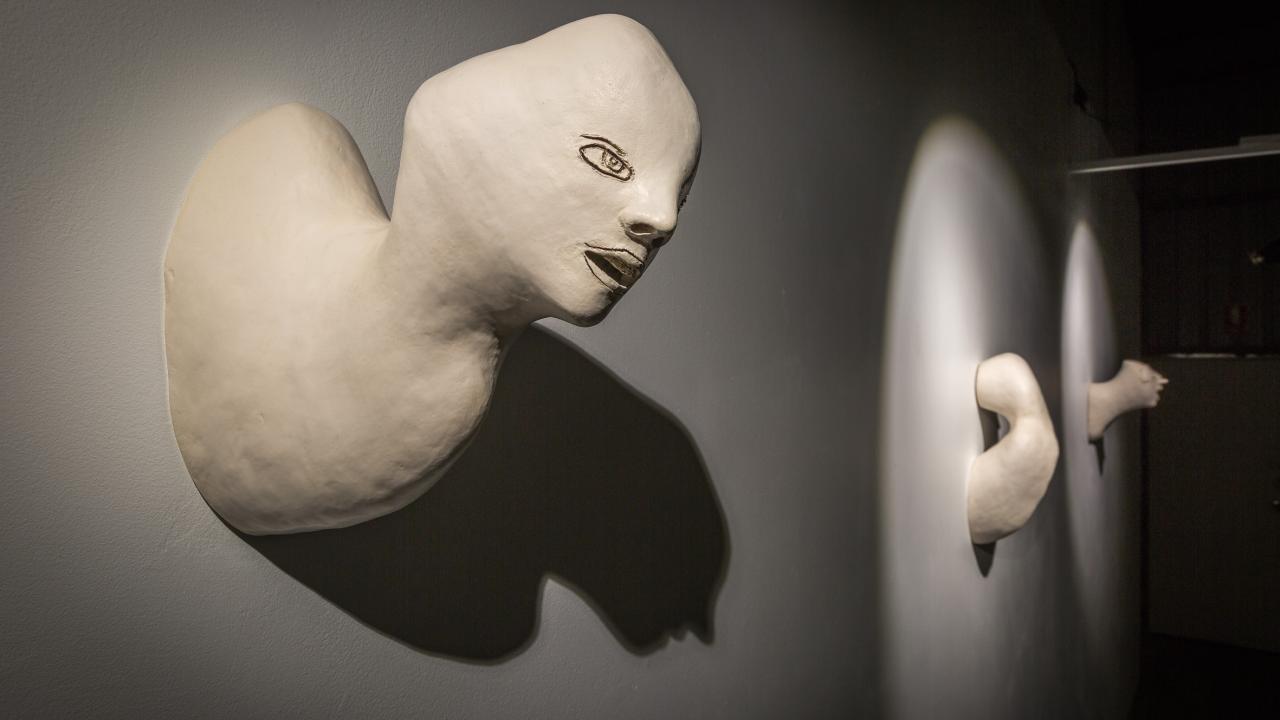 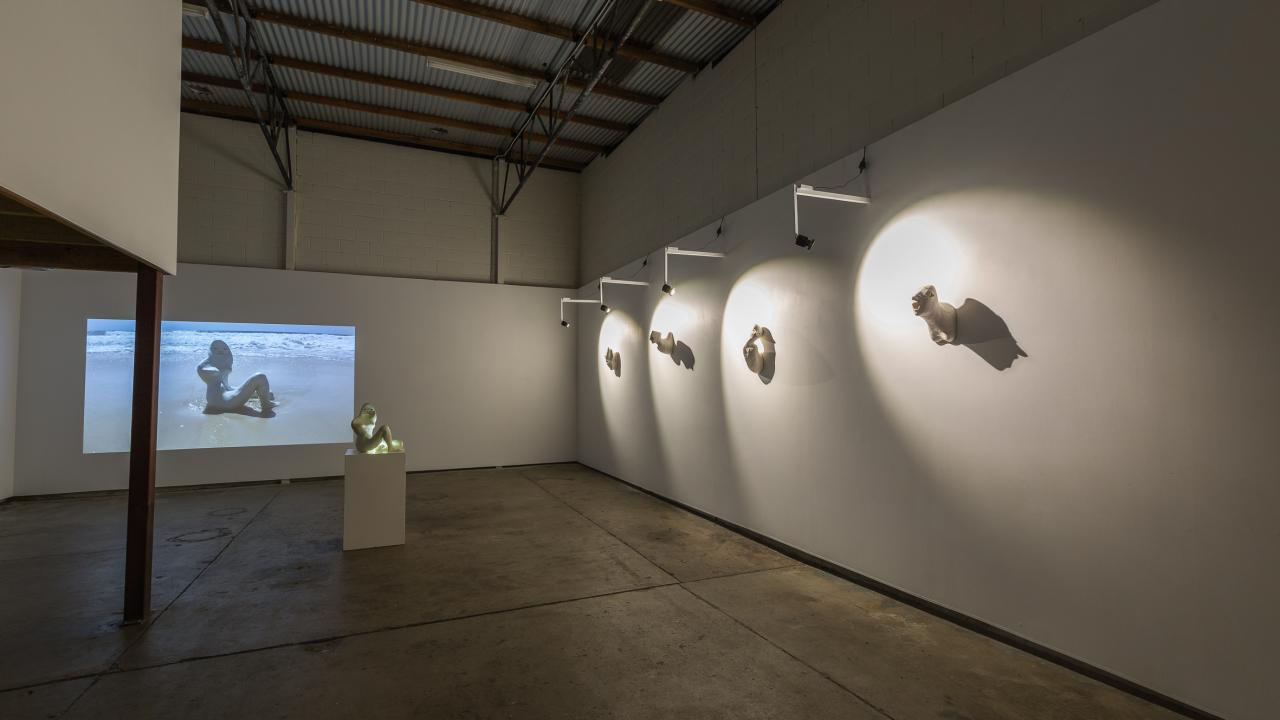 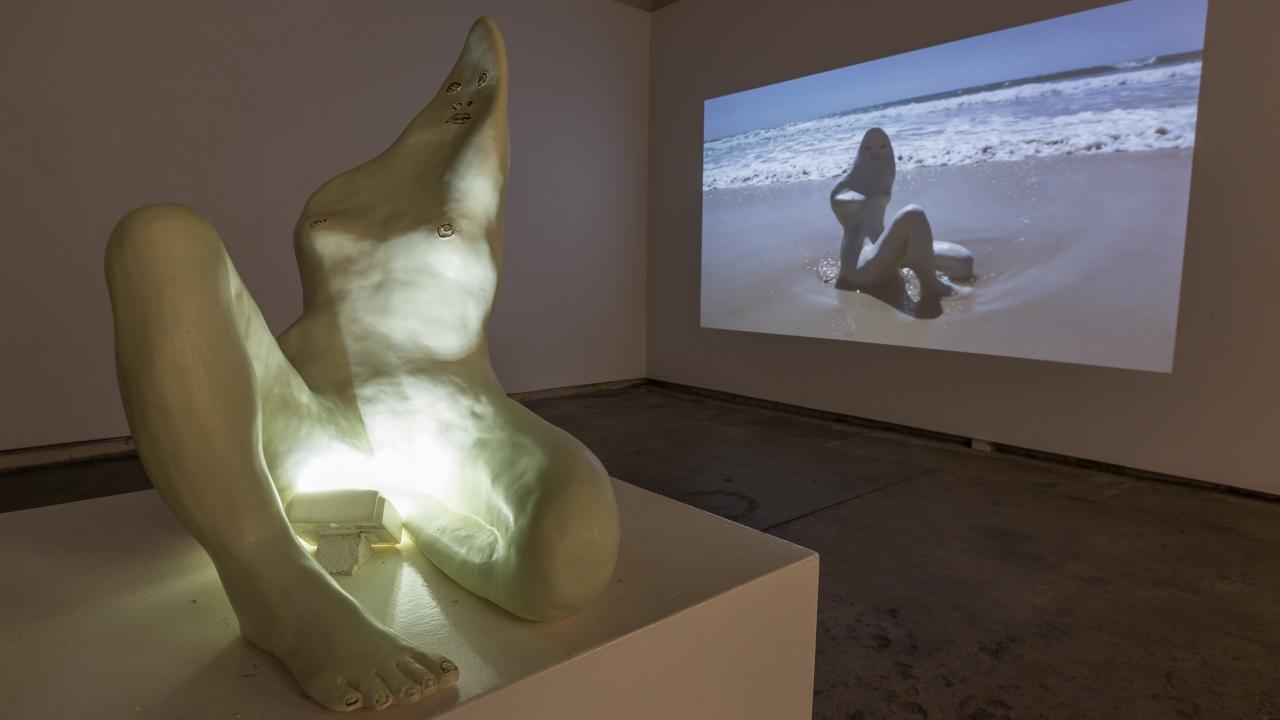 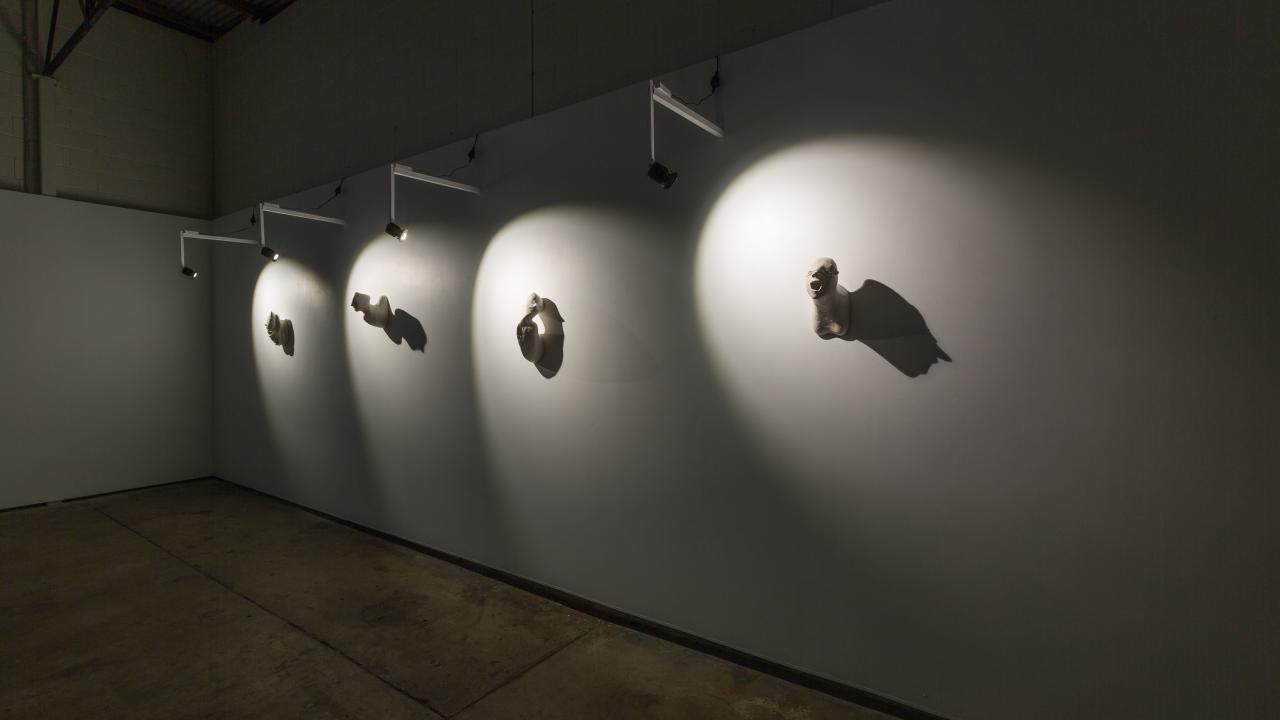 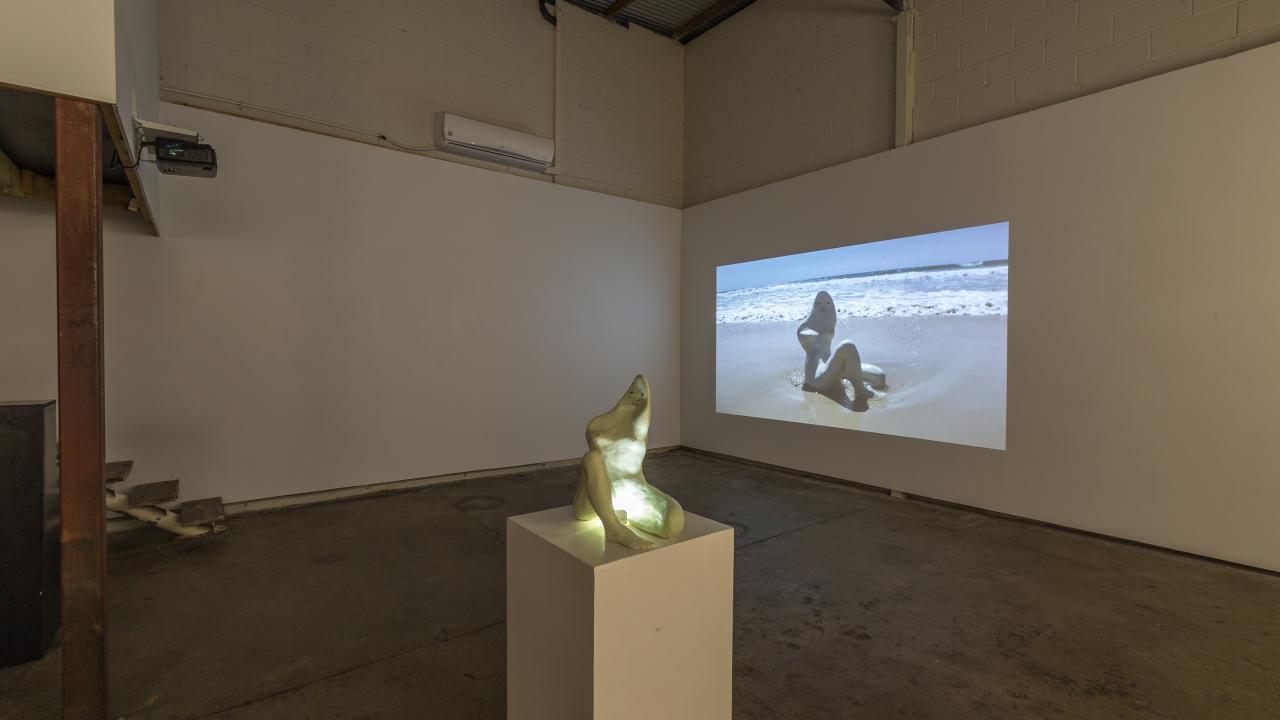 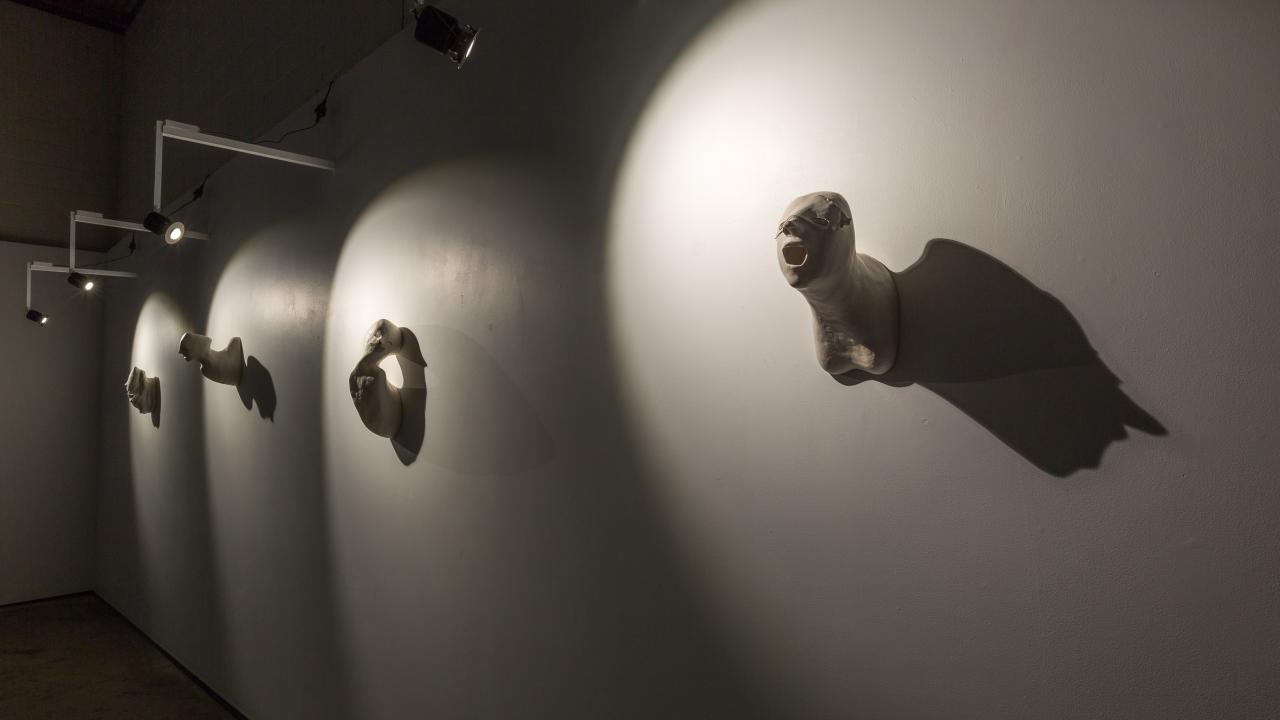 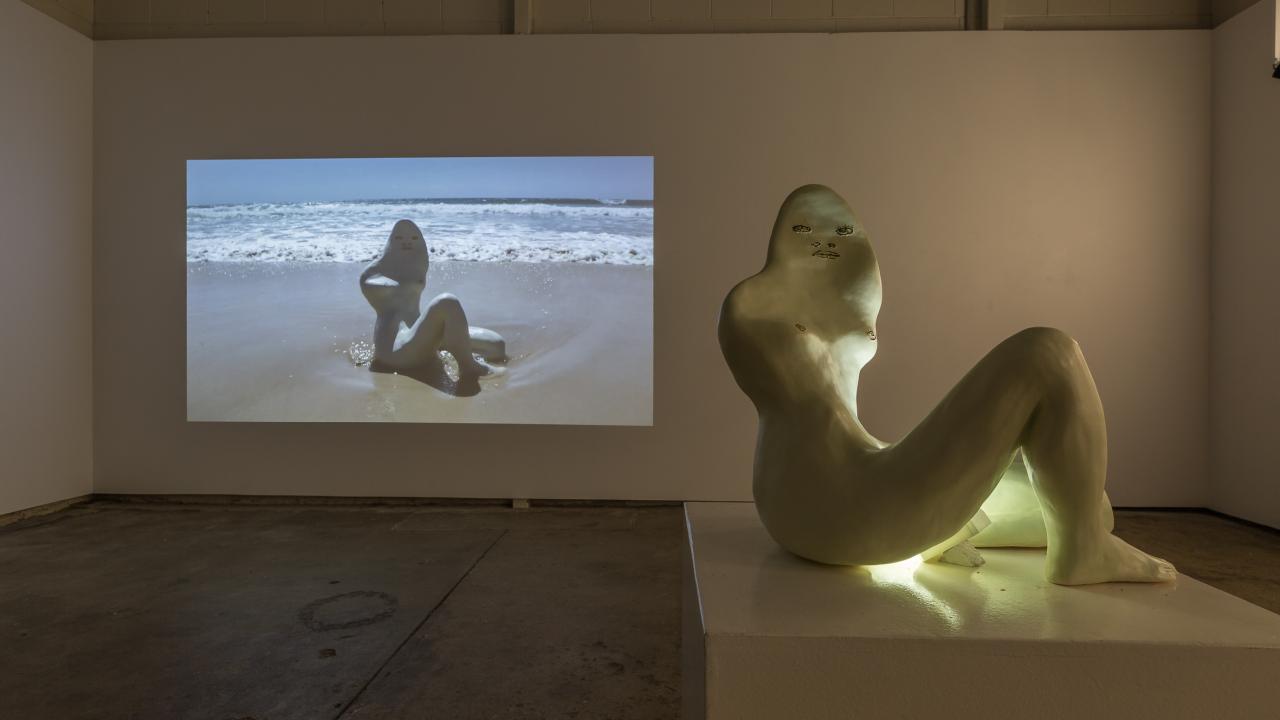 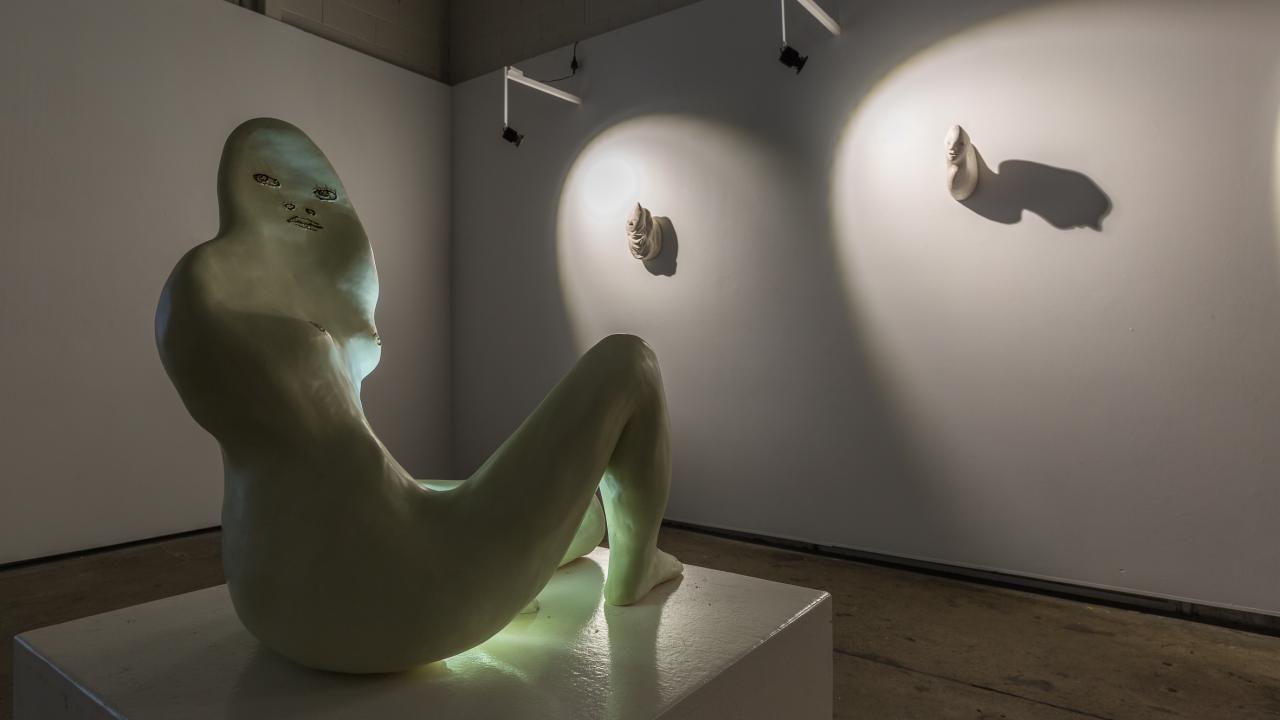 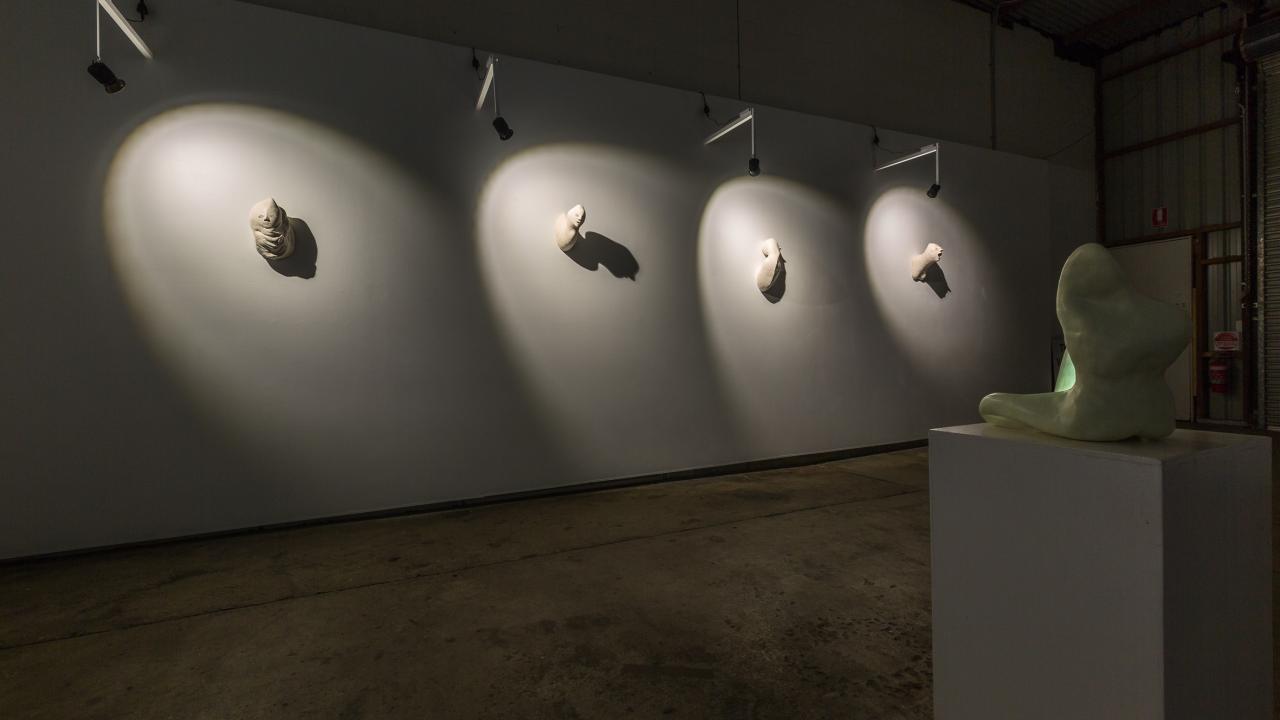 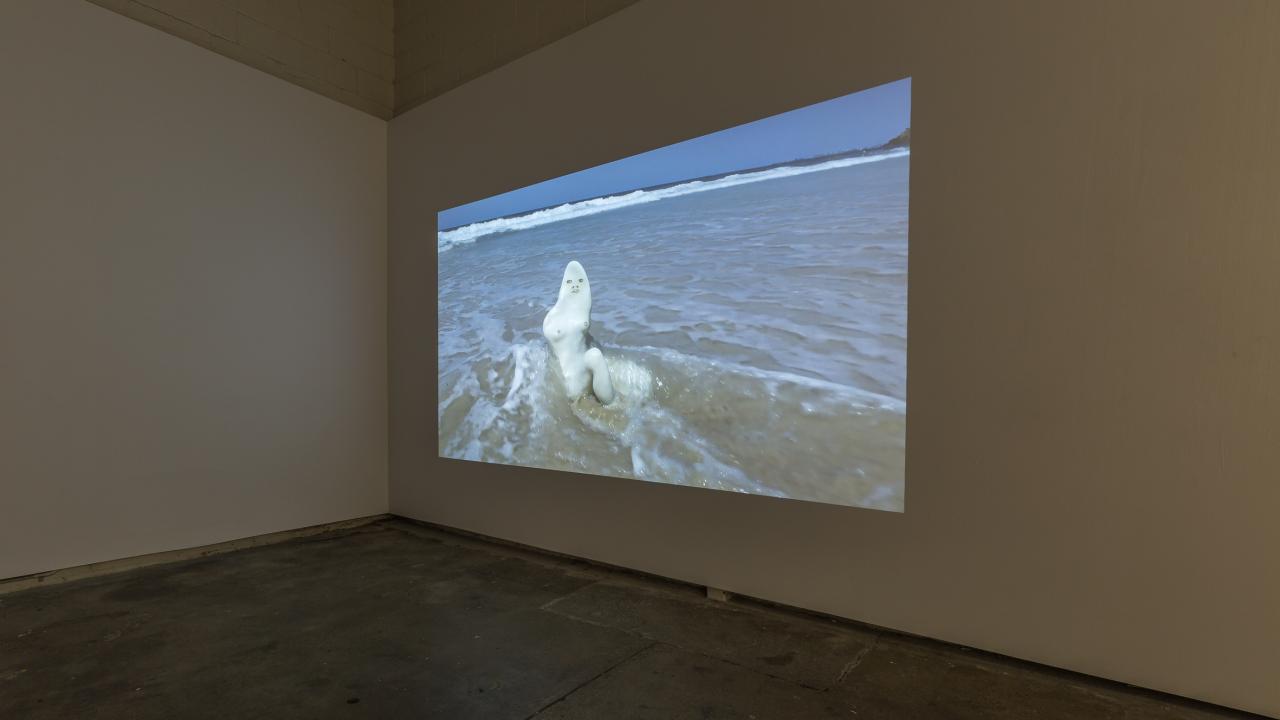 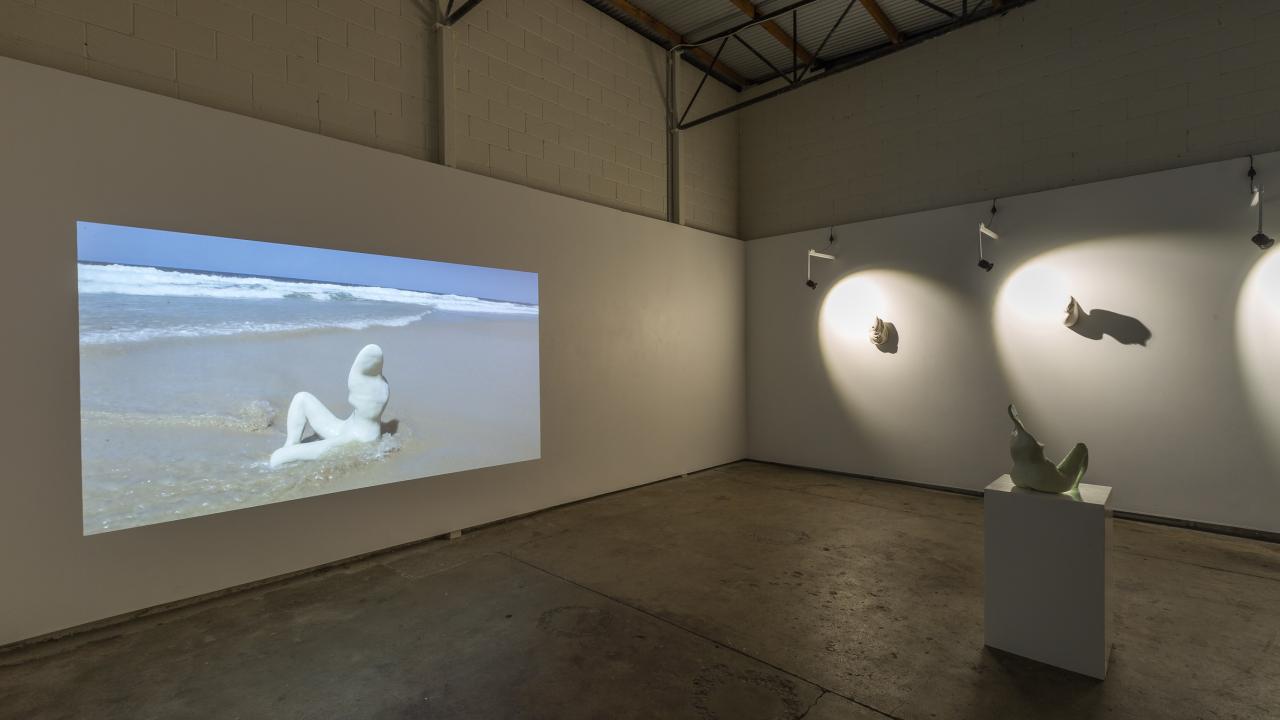 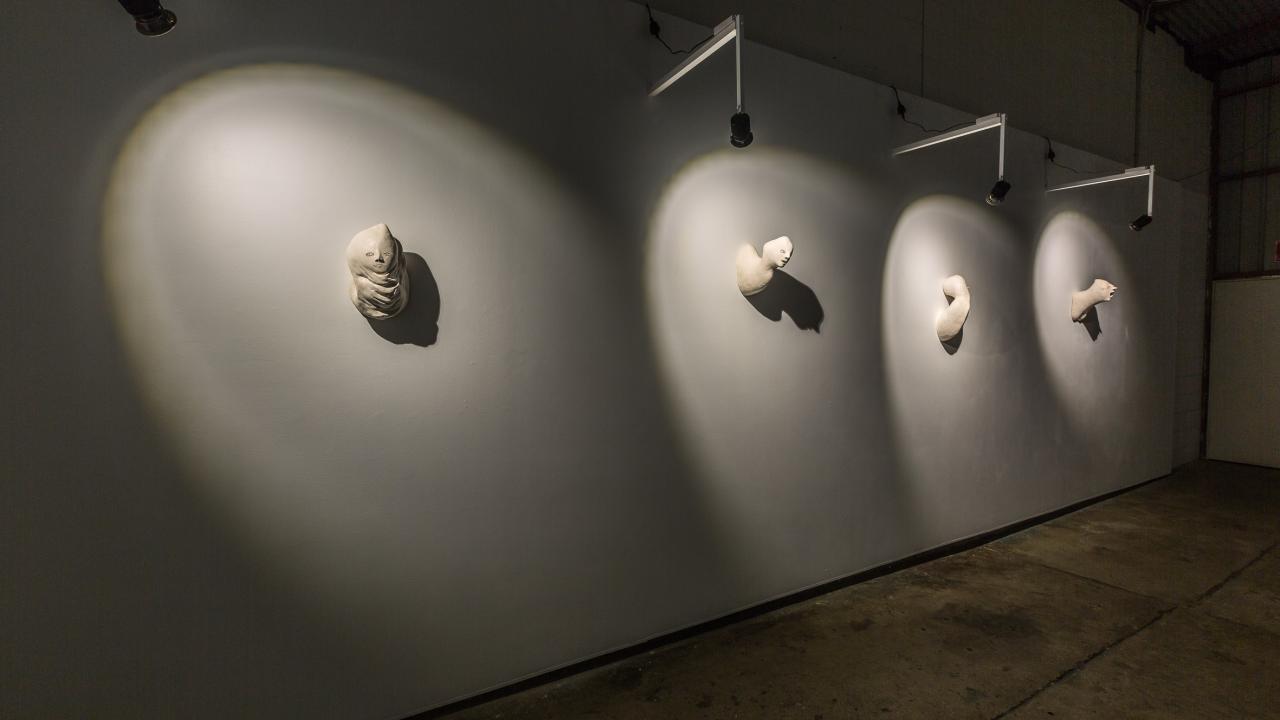 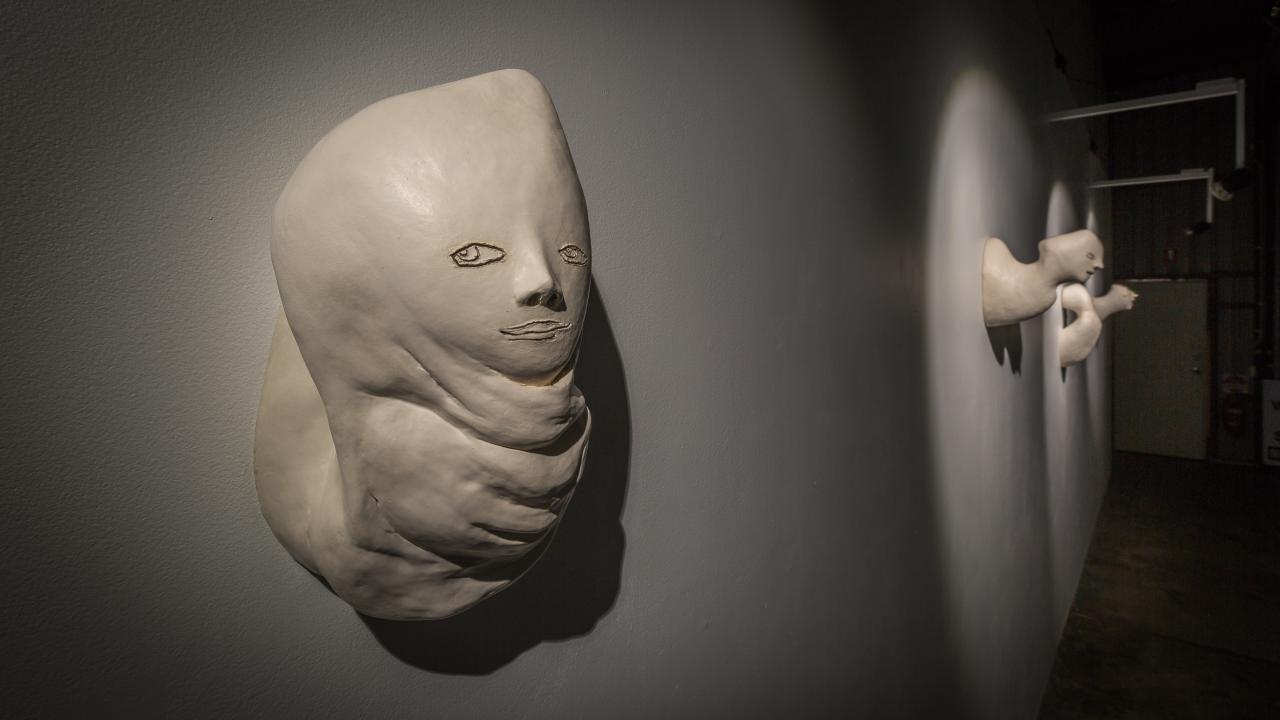 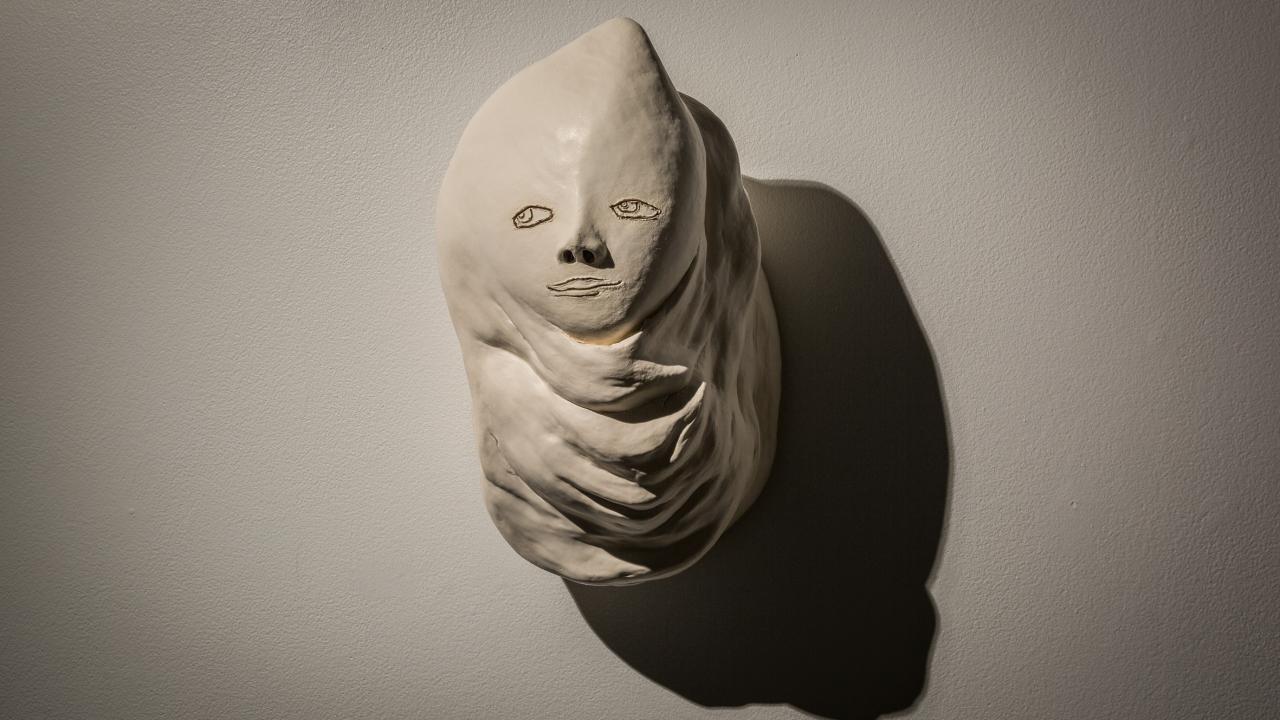 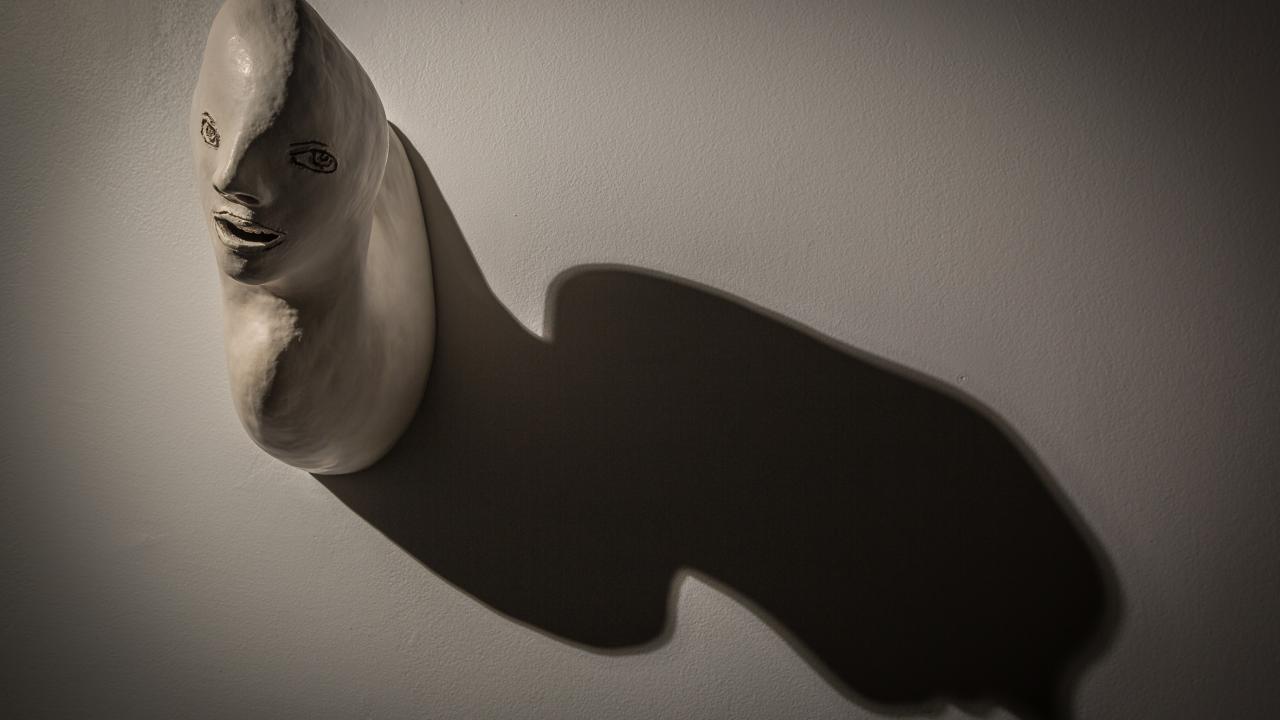 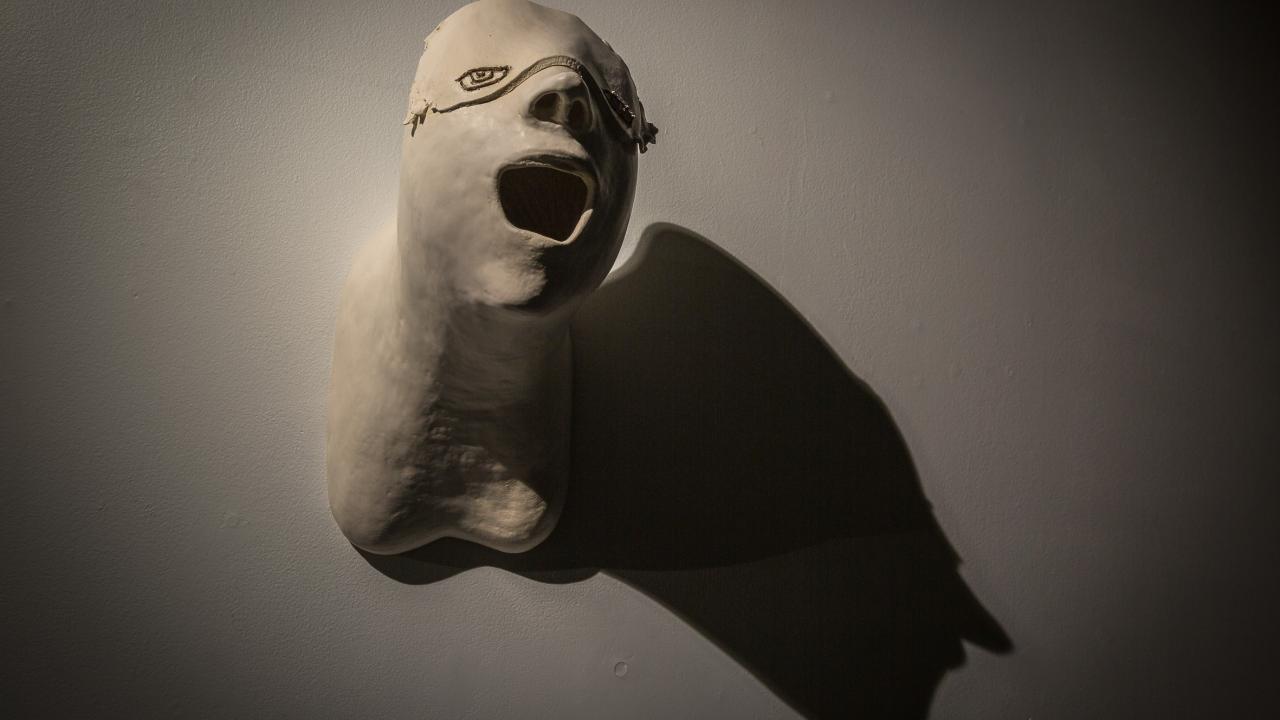 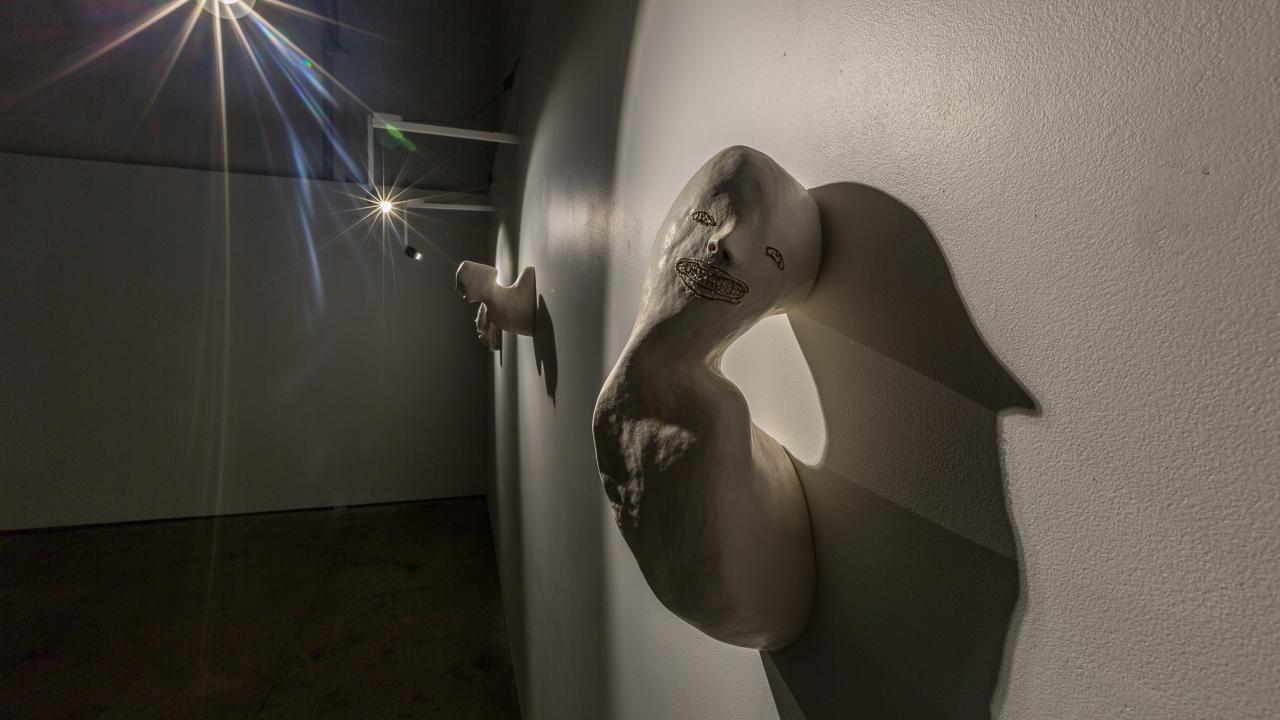 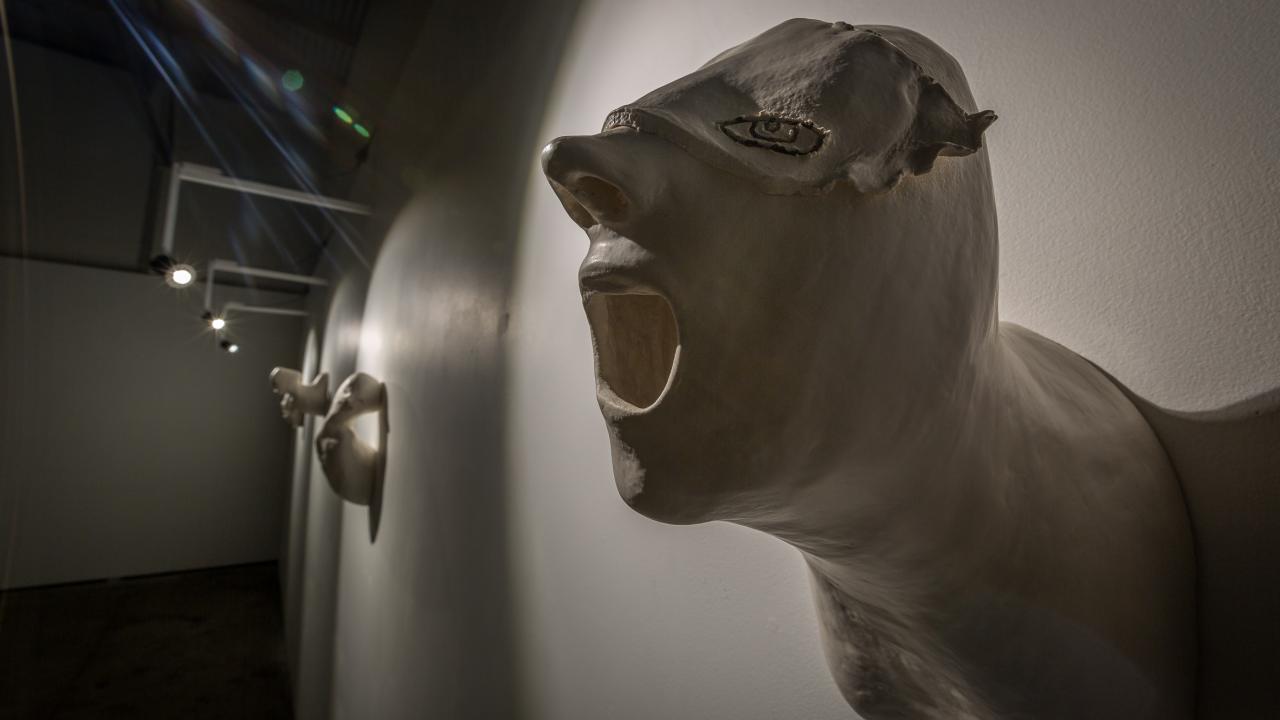 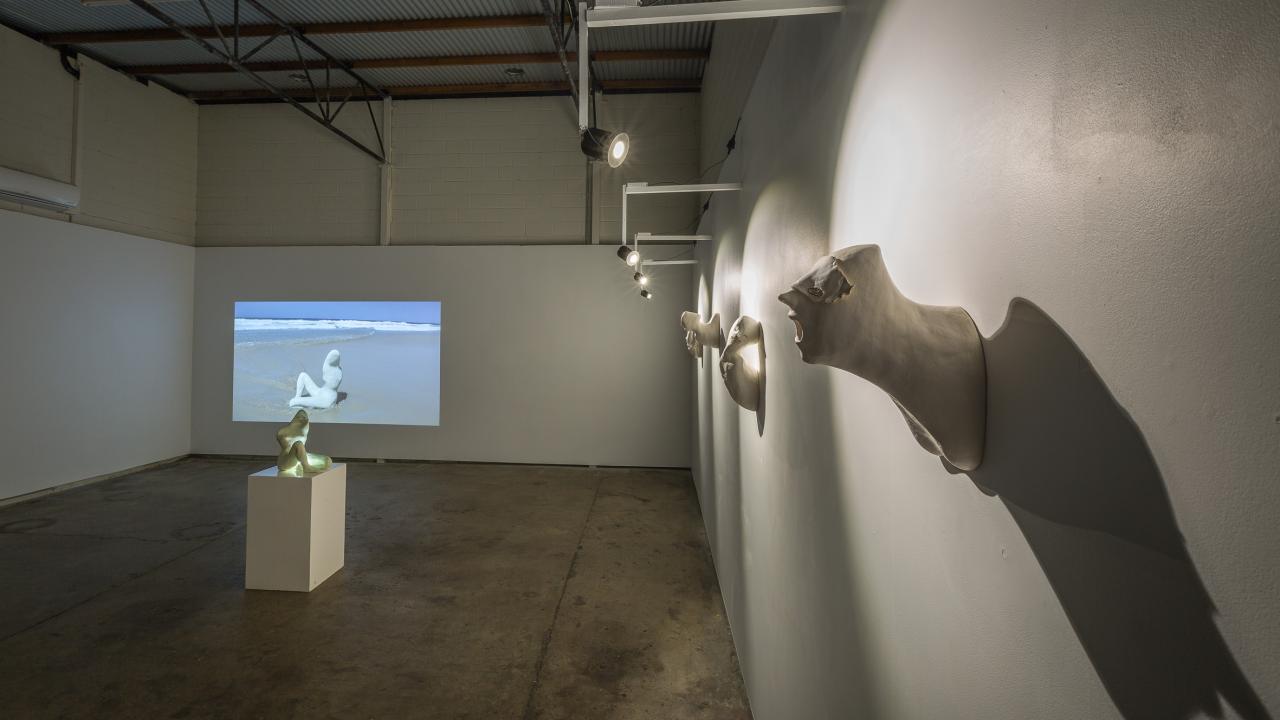 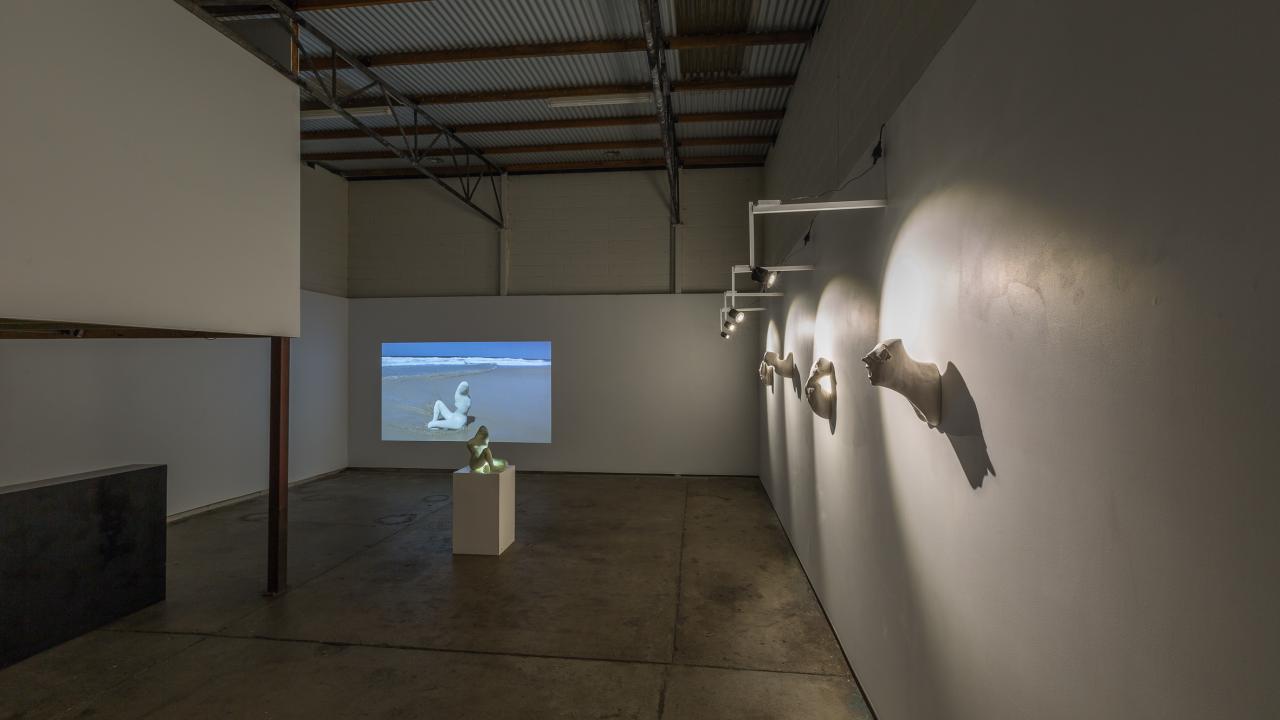 The works in THE ADVENTURE represent a longing to escape from where we are, only to discover that it’s certain parts of ourselves that we are really needing solace from.

The idea behind these wall-based sculptures came about while returning from some recent travels around the south Pacific. I was particularly interested in the trinkets and tokens that commemorated these ventures to places that seemed exotic and I was specifically thinking about wall mementos and masks. I wondered what my wall totems would look like if I had a god that I worshipped and a culture worth defining and protecting.

Growing up on the Gold Coast there were suggestions of distant palm fringed idylls everywhere, reflected in the names of unit blocks beach houses and the gardens eagerly dotted with hibiscus and strelitzia. The attraction – at least for me – was always the promise of a faraway culture that took us out of our current situation as we knew it.

The prospect of seclusion, serenity and isolation particularly fascinated me. The Gold Coast already felt like a perpetual vacation experience built out of projections from island cultures found elsewhere. It was like growing up in a place that was built on the idea of longing for somewhere else.

The works in The Adventure focus on this idea of running away. They represent this longing to escape from where we are, only to discover that it’s certain parts of ourselves that we are really needing solace or distraction from. The sculptures circle and writhe on the walls as if to say that that it’s the discovery of something exotic and unchartered inside of us that needs commemorating.
— Abbey McCulloch, 2019

ABBEY MCCULLOCH has a Master’s Degree in Fine Art from Queensland’s College of Art. Included in the list of Australia’s 50 Most Collectable Artists by Australian Art Collector in 2009, 2010 and 2011, she has also been a finalist in the Archibald Prize three times and twice in the Portia Geach Memorial Award. Her work has also been selected as a finalist in Gold Coast Art Award, Redland Art Prize, the Paul Guest Drawing Prize, the Northern Rivers Portrait Prize, the Metro Art Prize, The Gold Award and the Sunshine Coast Art Prize. In 2017, ABBEY was awarded the Sunshine Coast Art Gallery Residency Prize and was a finalist in the Josephine Ulrick and Win Schubert Photography Award. She has participated in over 25 group exhibitions nationally and has held 15 solo exhibitions including her first international exhibition at Art Stage Singapore in 2014. In both 2018 and 2019, she was selected as a finalist in the Ravenswood Australian Women’s Art Award, the richest professional art prize for women in Australia.