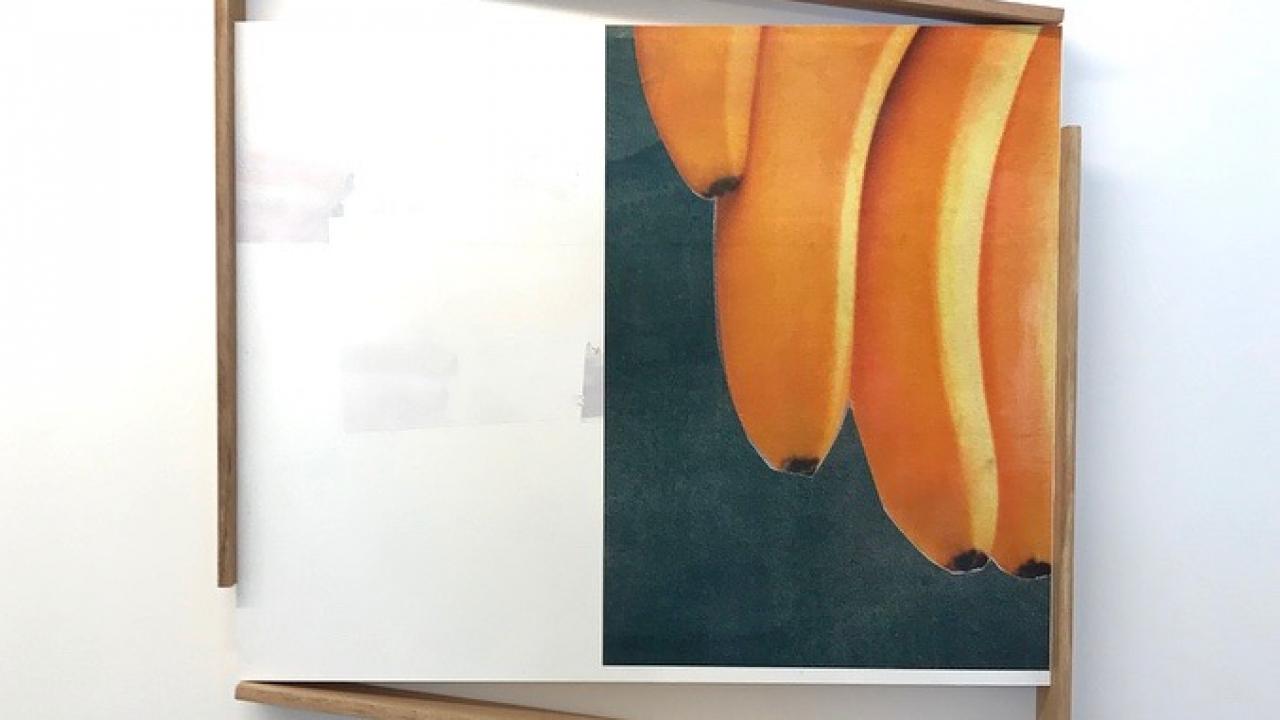 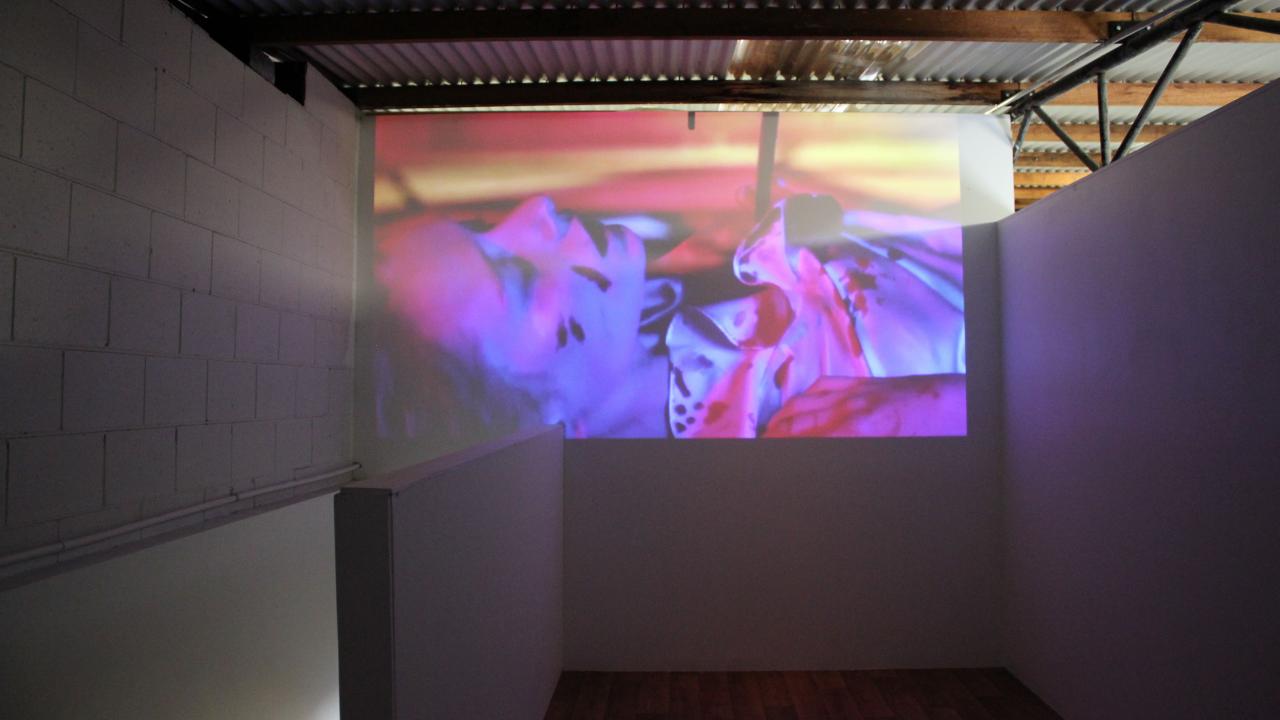 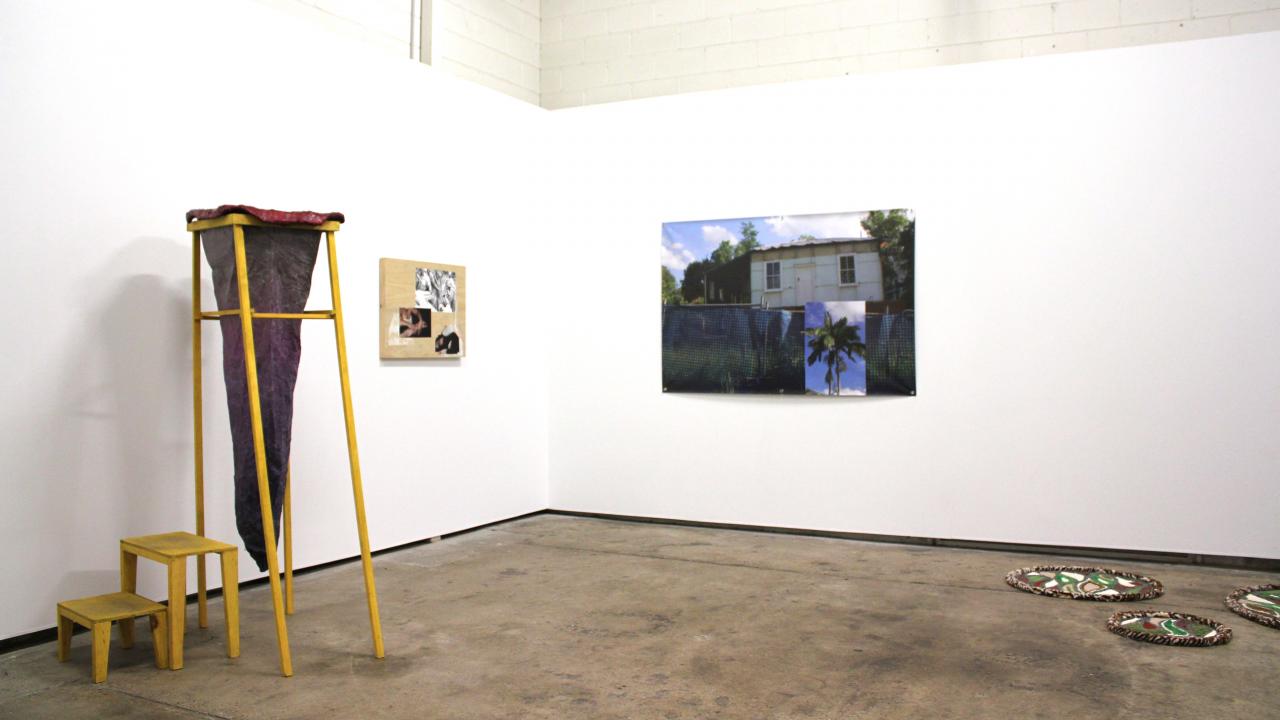 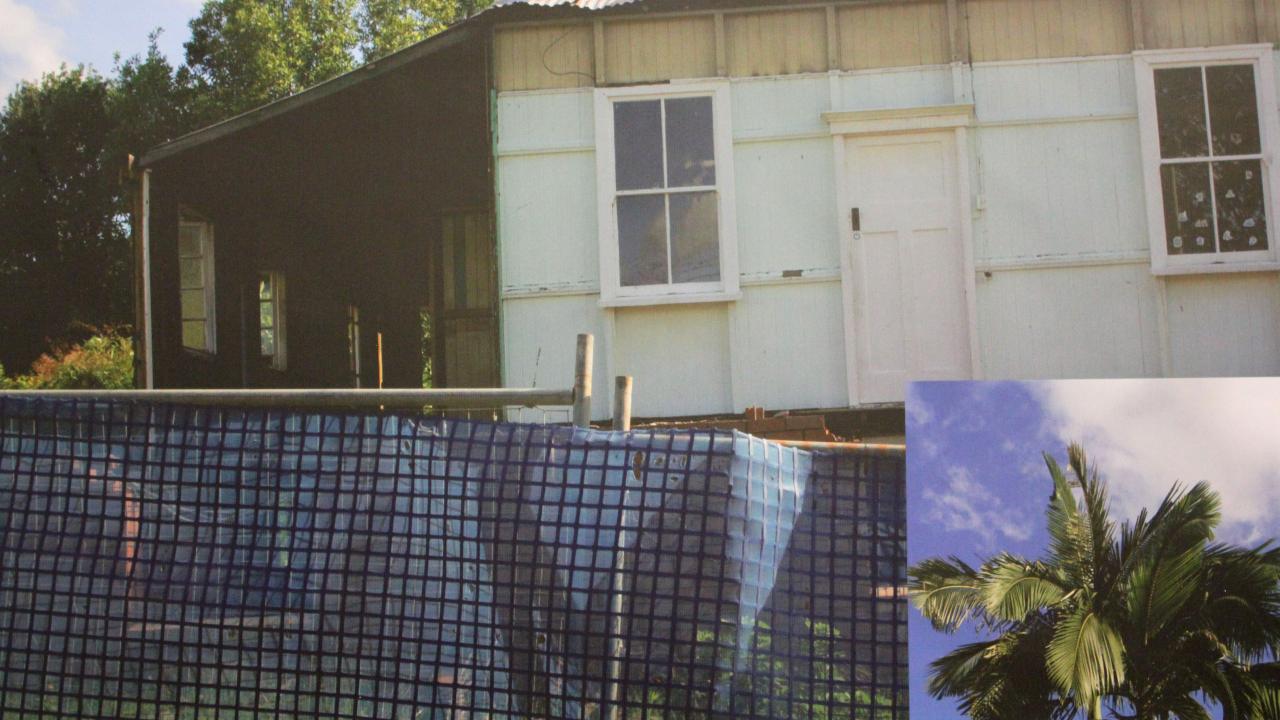 ABOUT #PRIZENOPRIZE
Riding along the undercurrents of Turner Prizes and Archibalds, #PRIZENOPRIZE is an exhibition that champions and democratises art across all media and levels. Think of it as a soft power alternative to the head-churning, nail-biting process that comes with applying for art awards – or being shortlisted for the coveted Bachelor rose of the artworld.

There is no prize money, entry fee or % commission on sales; instead this is an open platform for contemporary and experimental artists (especially emerging artists) across Australia to exhibit/perform at THE WALLS this December — which we think is a prize in itself. We’ll be showcasing a cross-section of works, including multi-disciplinary, projection and moving-image based, performance and large-scale installation works. #PRIZENOPRIZE 2017 marks the second year of the national open call and exhibition.

ABOUT THE ARTISTS
CHASE ARCHER is an emerging artist based in Brisbane. Chase obtained his Bachelor of Fine Art in 2015 from the Queensland College of Art and is currently completing his Honours. Archer questions how traditional media practices such as painting, print and drawing can maintain relevance in a contemporary environment that is focused on dematerialised art practices. He describes his artworks as painted collages, assembled from images ranging from personal iPhone photos, to the historic art canon. In creating artworks on translucently primed plywood substrates, which remain visible in the final artworks, Archer disrupts the ‘illusory window’ often employed in traditional paintings, creating a platform in which he presents his deconstructed artworks. Archer regularly exhibits in Brisbane and Melbourne, and recently completed a month-long residency on the west coast of Tasmania.

HAILEY ATKINS is a Brisbane based artist making work that she hopes makes people feel good and remember laughing is good stuff – especially when it’s at your own self. Her sculptural practice sits at the intersection of humour, failure and ambivalence, and explores how the resulting aesthetic can be utilised to meaningfully disrupt the negativity surrounding failure and self-doubt and help us think of alternate ways of being and knowing that stand outside our conventional understanding of success. Atkins is a Queensland College of Art graduate (BFA with Honours (Class I)) and has exhibited widely in Queensland, as well as interstate (Sydney, Hobart) and internationally (Utrecht, Netherlands). She is co-director of Wreckers Artspace in Brisbane, and upcoming artist in Residence at Kaus Australis, Rotterdam (Jan-Mar 2018).

JANIS CLARKE is an emerging artist living and working in Sydney. He has completed a Bachelor of Fine Arts (2015) and a Master of Fine Art (2017) at the National Art School. Clarke has a profound interest in the critique of painting in contemporary art. He consciously undermines established norms (both personal and historical) and to this end, he embraces failure and the anti-aesthetic sensibility as strategies for moving painting forward to somewhere new. He does this through the use of anti-authorial gestures, the kitsch of craft, and by embracing the use of so called ‘low’ colours, materials and processes such as fluorescents, spray paint, collage and decoupage. By employing counter-intuitive methods (such as ‘wrong’ instead of ‘right’) Clarke tries to undermine his own ingrained stylistic tendencies to create something unanticipated. Situated somewhere between painting, craft and sculpture, these abject principles are applied to the installation, presentation and construction of each work. Since 2015 Clarke has held three solo exhibitions and has been selected as a finalist in major prizes including the Doug Moran National Portrait Prize (2016, 2015), The Mosman Art Prize (2016, 2015), The Chippendale New World Art Prize (2015 – Winner People’s Choice Award) and the Rick Amor Drawing Prize (2016).

RICKY LARRY is a Brisbane based artist who completed a Bachelor of Fine Art (2014) at Queensland College Of Art. Since graduating from Queensland College of Art in 2014 Ricky has held two solo exhibitions and been selected for several group shows including ‘Shifting Grounds’ at The Hold Gallery, West End. Larry’s art practice examines the nature of perception in relation to space, environment and form through the use of photography, video and installation. Utilising materials to challenge a logical thought process, illusions are introduced in an attempt to fracture the viewer’s go-to mode of rationality. Incorporating ‘objects’ into familiar environments to generate a “questionable image”, forces the audience to draw conclusions as they make sense of the works.

SOPHIE PENKETHMAN-YOUNG is a video and new media artist whose work explores the telling of histories through objects, museum culture and their intersection with the digital age. She examines the equalising nature of platforms such as youtube, where the BBC, Metropolitan Museum and NASA have uploaded vast archives, that now sit in the same context as beauty bloggers and school pranks. Sophie graduated from the University of Sydney College of the Arts with Honours in 2014. She is currently studying her Masters in art curatorship. Day to day, Sophie works part time in marketing at Carriageworks, does Ikebana and adDs to her archive of NASA footage and old national geographic magazines.

MELISSA SPRATT is an emerging artist who lives and works on the Gold Coast. Melissa studied at the Queensland College of Art, Gold Coast, where she completed a Bachelor of Digital Media with Honours, majoring in Fine Art in 2015, including an exchange at the Leeds International Summer School at the University of Leeds, UK. Spratt has worked across various mediums including painting, photography, drawing and printmaking, more recently exploring textile and design elements in sculpture, and working closely with different yarn making and finger-knitting techniques. Spratt was the winner of the RADFLY Youth Art Prize in 2017, finalist in the Border Art Prize at Tweed Regional Gallery in 2016, and was invited to hold a self titled solo exhibition at The Arts Centre Gold Coast in 2015. Her most recent installation works explore landscapes, ecosystems and patterns found in plant anatomy.

VEOPLE is a collaboration between Gold Coast-based artist JAY JERMYN and local musician JULIAN CURRIE, and is best described as a place where analogue meets machine. The collaboration strives to create atmospheric journeys full of energy and enigma that demand attention and captivate crowds. Jermyn solo practice communicates the weight and importance of social acceptance through an interweaving of creative expressions including design, sound and visual art. Jermyn studied Art and Design at Griffith University on the Gold Coast where he developed a multi-disciplinary practice that seeks to confront cultural divisions, both geographical and metaphorical. His practice is influenced by journeys through Japan and Eastern Europe, and is defined by an ongoing quest to locate enigmatic identities and emotions; both of which emerge as abstract and ambiguous forms in his work.

ABOUT THE CURATOR
MARIAM ARCILLA is a ​Sydney based ​writer, marketer, and curator. She spent her formative years on the Gold Coast, where she began her career in galleries, placemaking programs, and artist-run interventions. Arcilla has worked on curatorial and marketing projects with the Institute of Modern Art, THE WALLS, Liquid Architecture, and Firstdraft. As a writer, Arcilla has written stories about extraordinary people like desert architects, provincial designers, a horror-film curator, an astronaut, and a funeral director​.​​ Her written work has featured in VAULT, Art Monthly Australia, Broadsheet, Acclaim, and Real Time Arts.