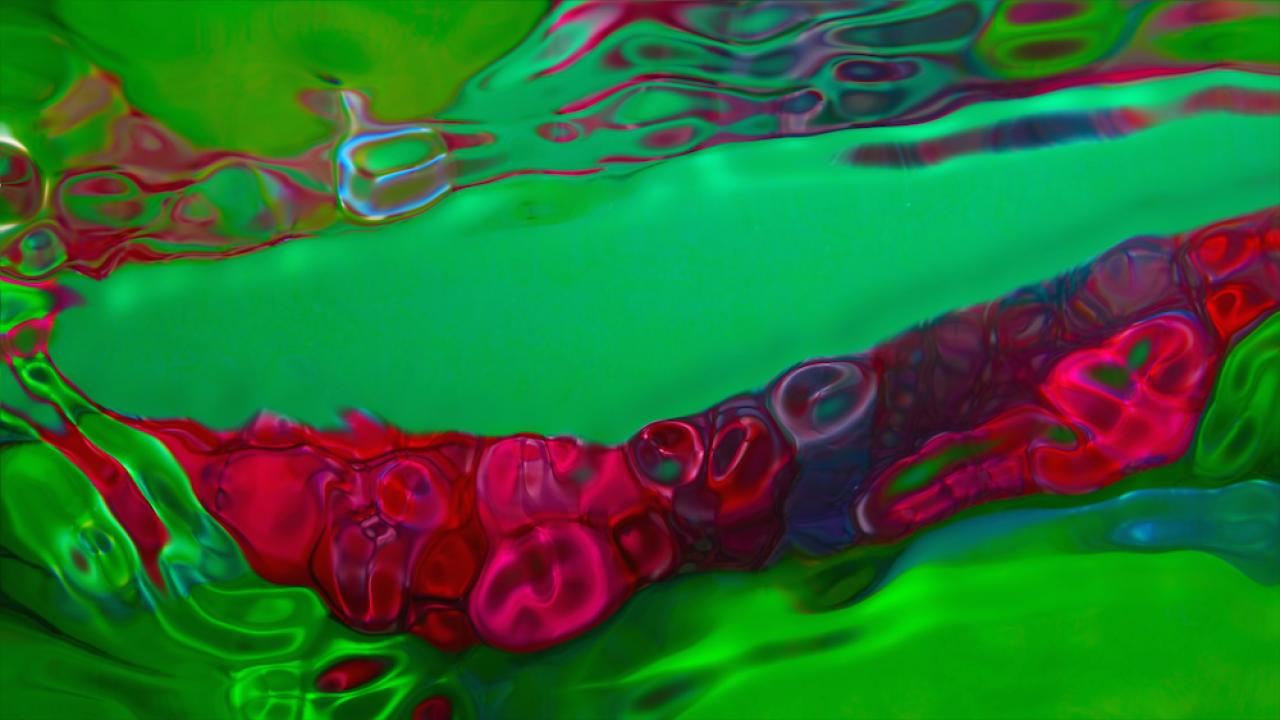 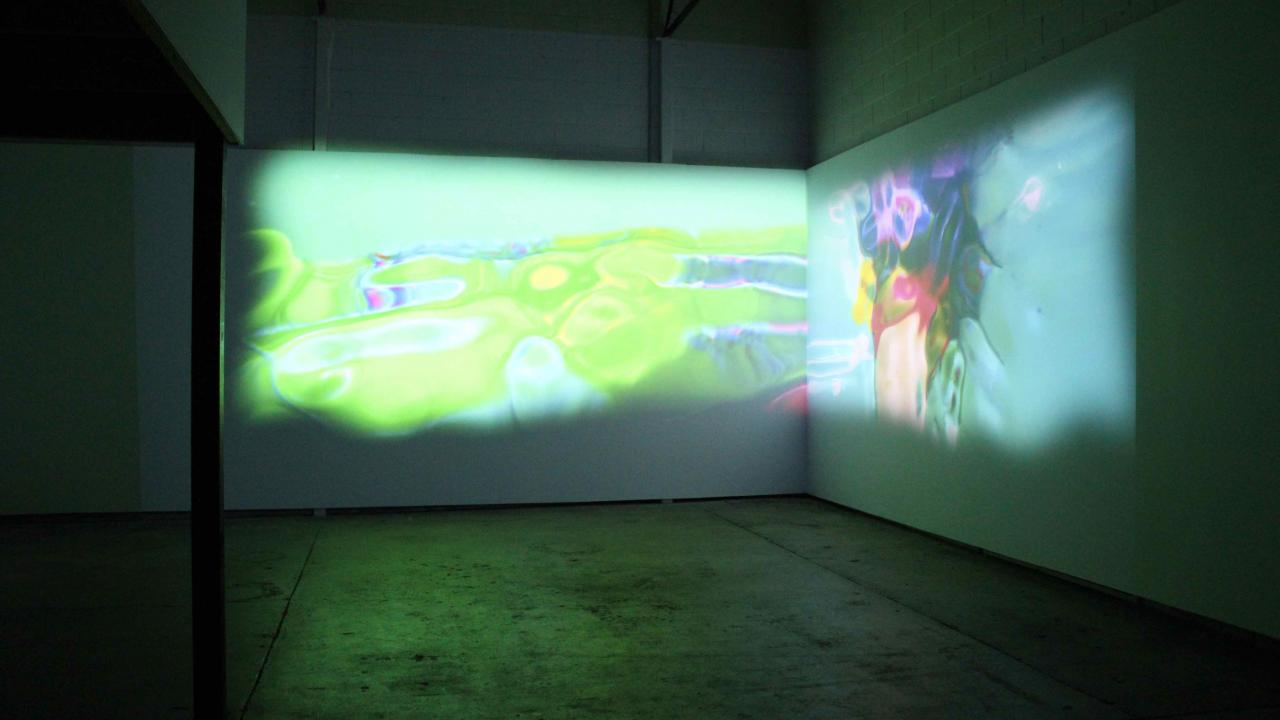 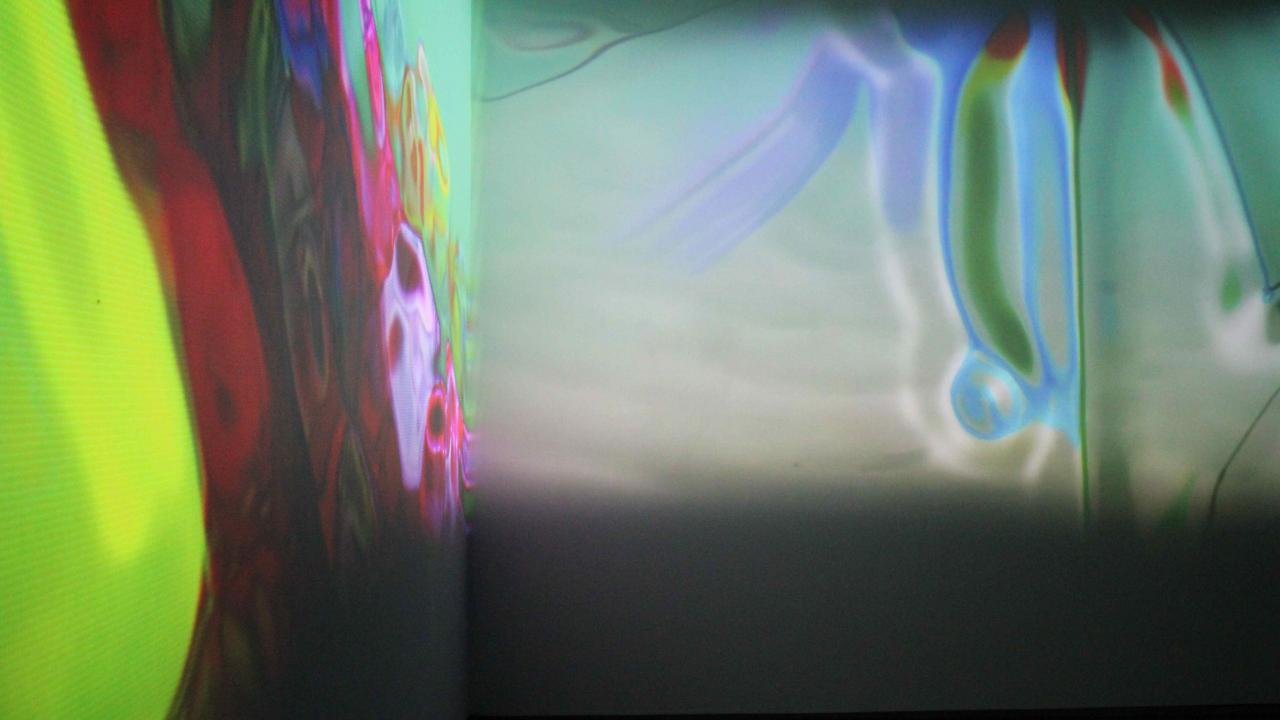 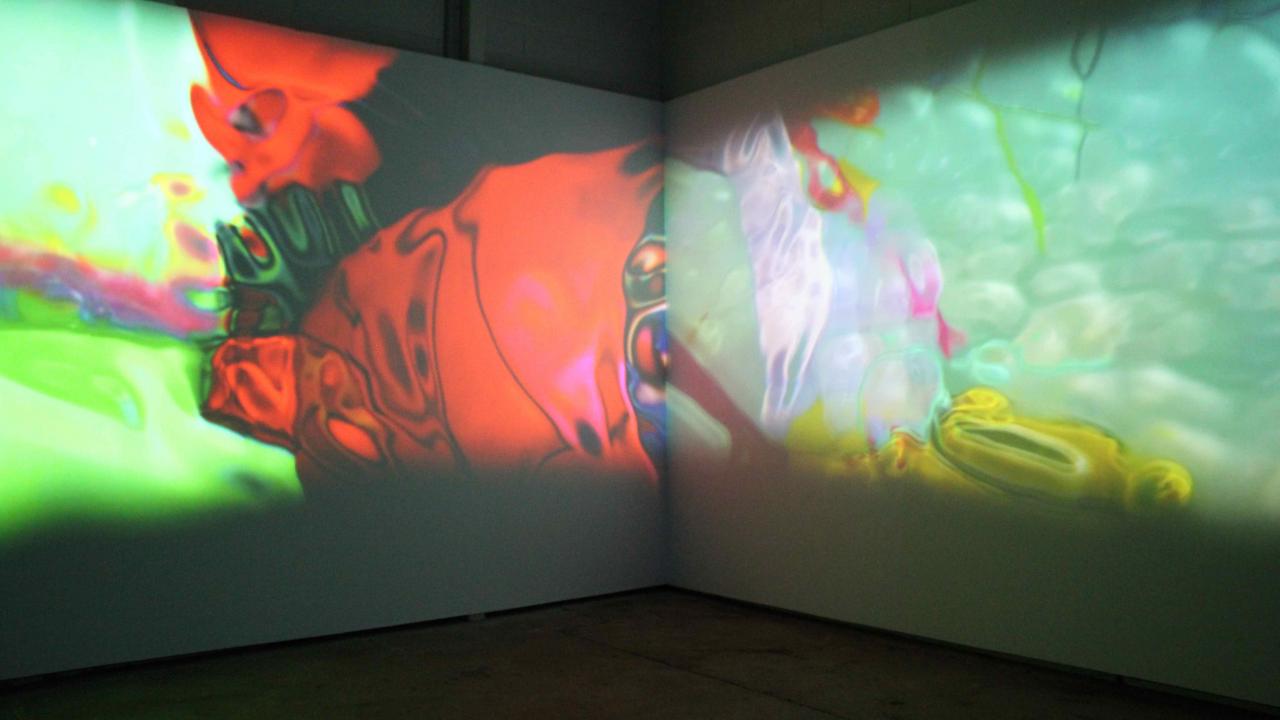 It is a curious situation that the sea, from which life first arose, should now be threatened by the activities of one form of that life. But the sea, though changed in a sinister way, will continue to exist: the threat is rather to life itself. — Rachel Carson, 1951.

In Cherie’s dual channel video installation POLY_AMOROUS, microplastics and ocean currents are mapped-out in a multi-channel video installation that links our love affair with plastics to the health of ocean environments and the evolution of marine ecosystems.
Cherie Noble’s art practice explores the relationship between humanity and the natural world. Current investigations into marine plastic pollution bring together her interests in the nature, environmental philosophy, and her fascination and concern for marine environments, as a form of activism.

What oceanic life-forms will emerge from the plastisphere? The plastisphere refers to recently discovered communities of organisms living on marine plastic. Seven million tonnes of plastic waste enters the ocean each year, impacting on organisms, ecosystems and human life itself. These impacts extend back to the health of humans, as the toxicity of plastic enters food chains, compromising the quality of our food. The overabundance of marine plastic, and the power this plastic has to do harm, to travel and to live eternally are central to the issue of marine pollution. This issue is global, however my work addresses this issue locally, on the Gold Coast, exploring both macro and microplastics in the ocean, and how we collectively contribute to the problem.

Poly to Eternity [2017], features a sculpture titled Poly, made from 2343 pieces of beach plastic collected from Currumbin Alley in 2017. As part of my ongoing research I filmed the sculpture back in-situ in the waterways in and around Currumbin Creek, creating a video in the process that documents provocative imagery of non-organic life forms in our local waterways. This enquiry relates to macro plastics, mostly single use packaging and those items lost or discarded at this particular beach.

Nine billion tonnes of plastic produced last year with the amount is increasing exponentially with a doubling in volume every 5 years. With the recent focus from the media on single use plastics, and changes in our legislation, there is the suggestion of a social shift regarding the issue of plastic pollution.

Consumed [2018] draws attention to our collective contribution to the invisible form of marine plastic pollution: microfibers released from garments. Oceanic gyres, the locations where currents converge and plastic accumulates, are difficult to see with the naked eye as most plastics present are smaller than 5mm, and float just below the surface. Up to 35% of these micro plastics, are filaments shed from man-made fabrics during the washing process. Pigments used to dye fabrics, chrome yellow, hostaperm blue, and permanent red, have been shown to remain attached to these filaments. In water environments these toxic pigment particles can then be released and adsorbed by other small particles of plastics such as polystyrene, creating poison pills, which if accidentally eaten by sea life, extend toxins into the oceanic food chain.

Marine plastics have also compromised our foods. Research has found many foods and drinks we consume to be contaminated. Molluscs including oysters, mussels and scallops filter the water in order to feed, and capture the tiny fibres lost at sea. Sardines and anchovies, the fish we consume whole, often hold the plastic in their gut. Recent testing of salt samples from around the world, showed contamination, with two Australian brands containing nine micro plastics per kilo of salt. Although no testing has been done in Australia, drinking water, both bottled and tap, has been shown to contain microplastics, and this contamination has been linked to the plastic particles found in a number of German and American beers.
What happens when plastic enters the body? Where does it go? What harm does it do? This is an emerging area of research and there is still much to learn, however we know that the additives that provide plastic with their colour, flexibility and density, like Bisphenol A, and phthalates, have been linked to serious health conditions in humans, and other organisms. This knowledge prompts a series of questions relating to the longer term impacts on life in general. So in asking what oceanic life-forms will emerge from the plastisphere, we need also to ask whether humans will still inhabit this earth in the landscape of Poly?