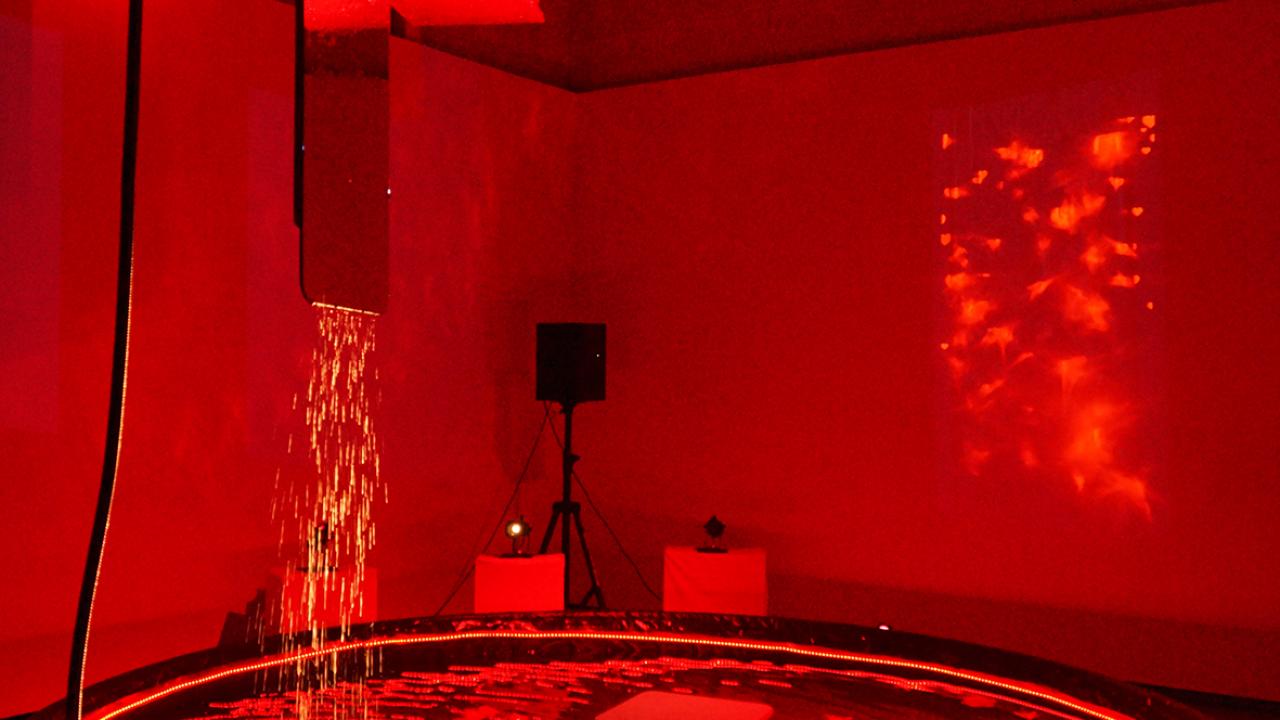 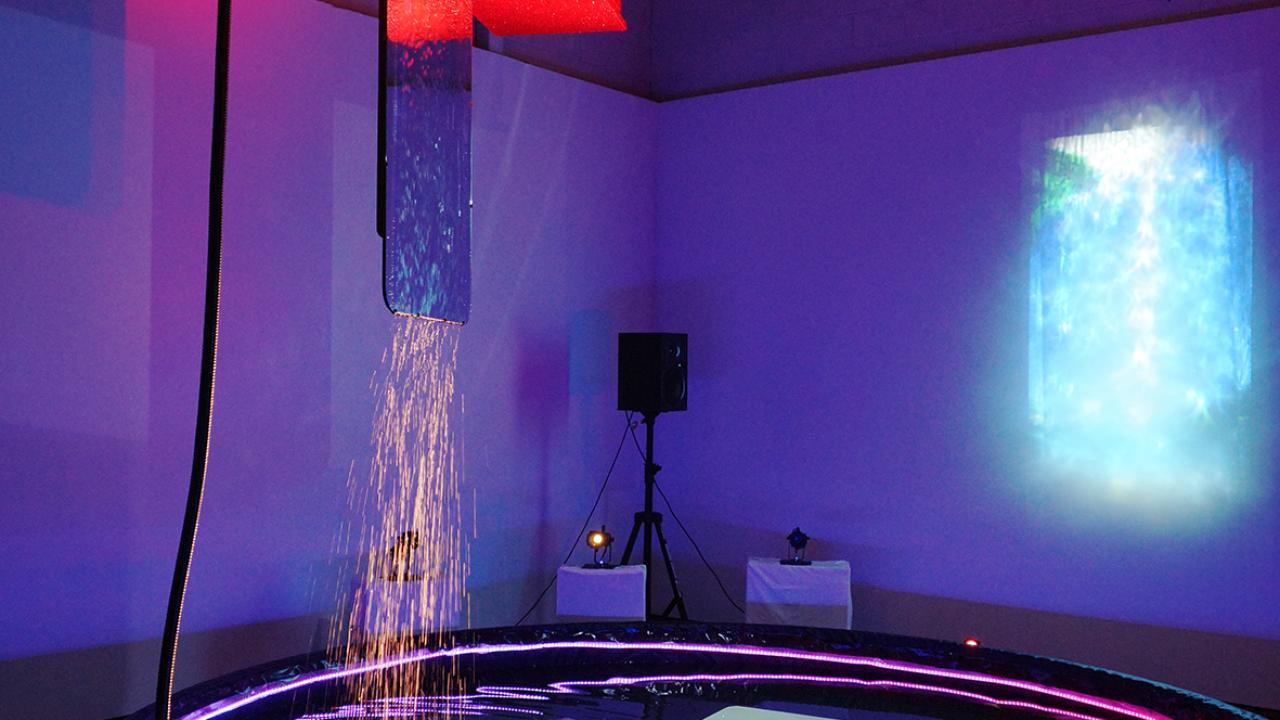 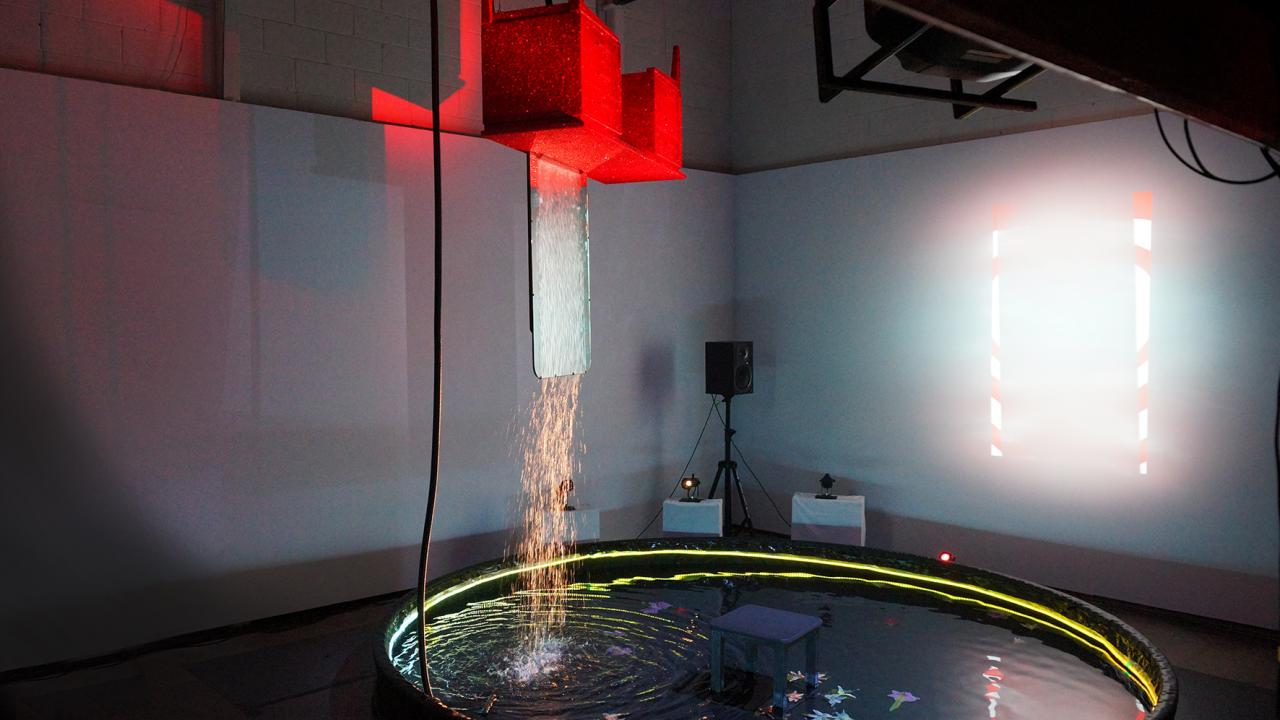 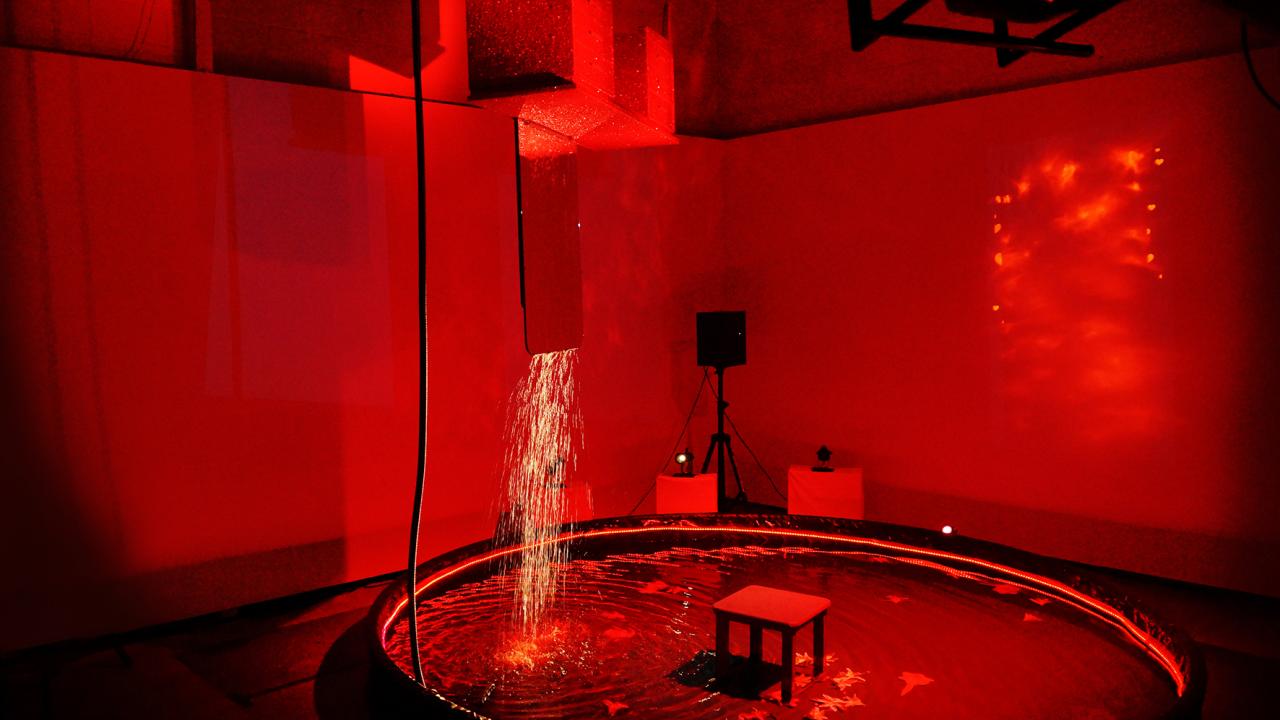 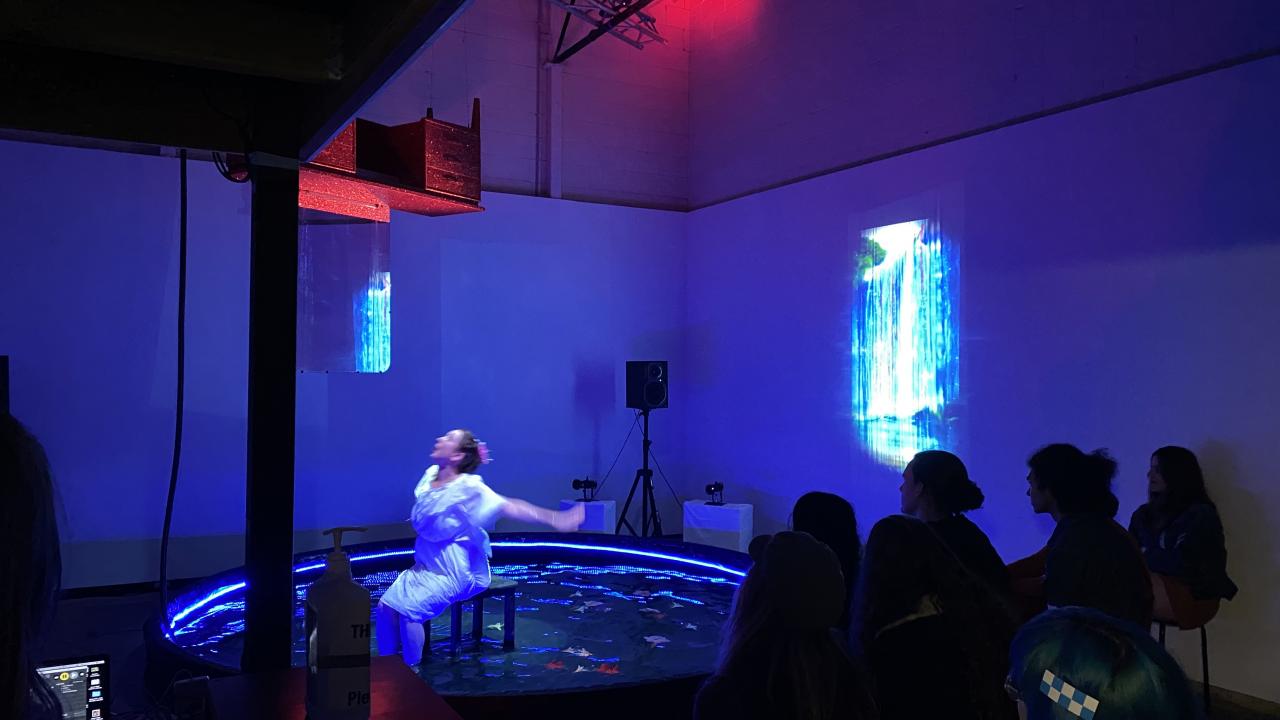 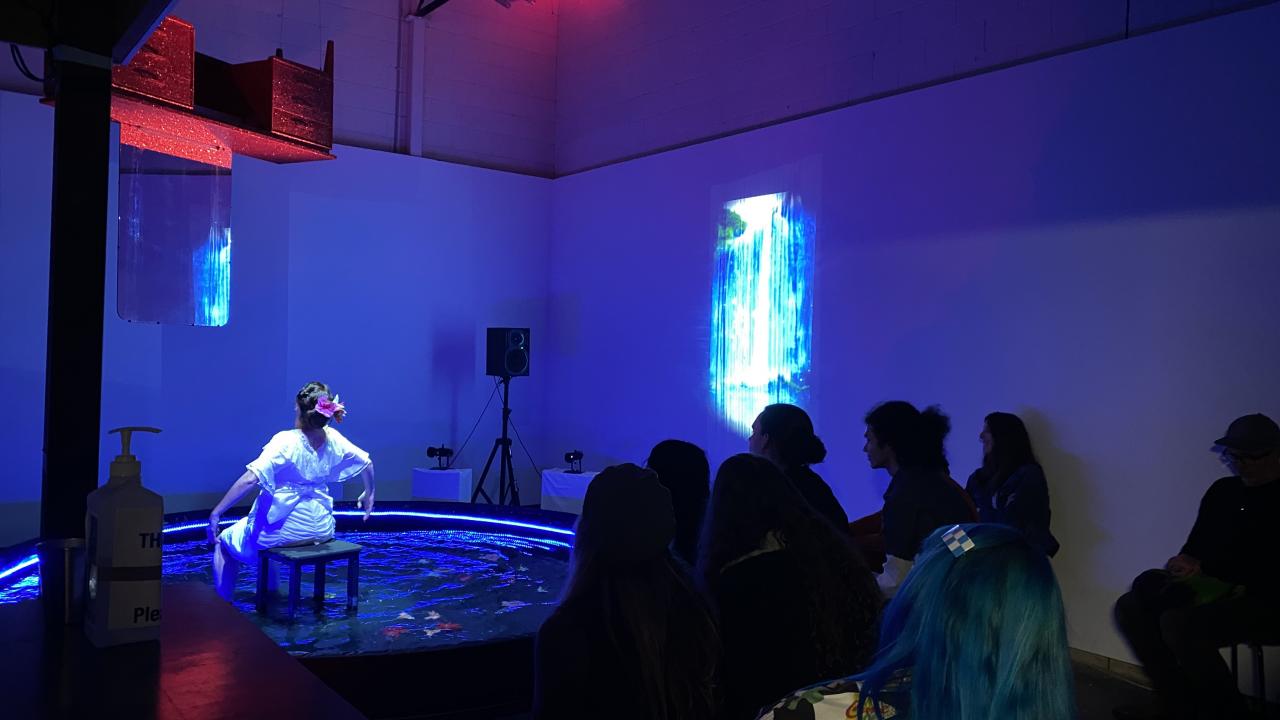 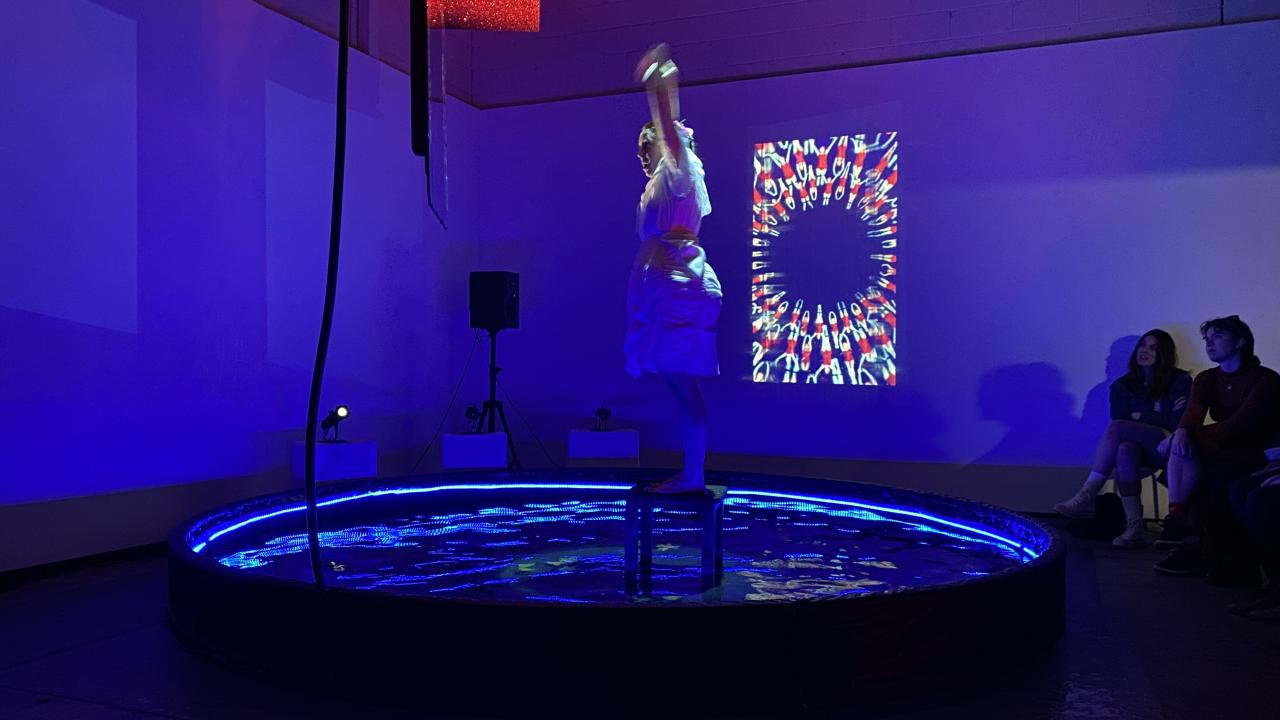 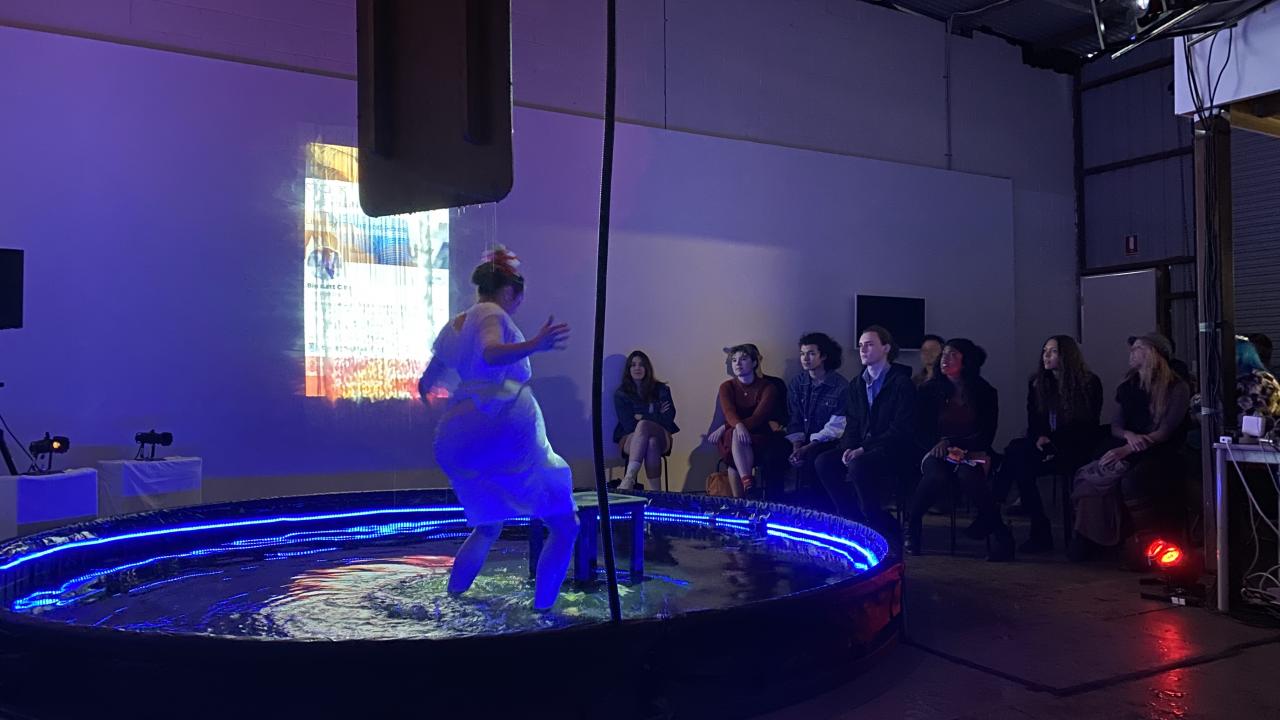 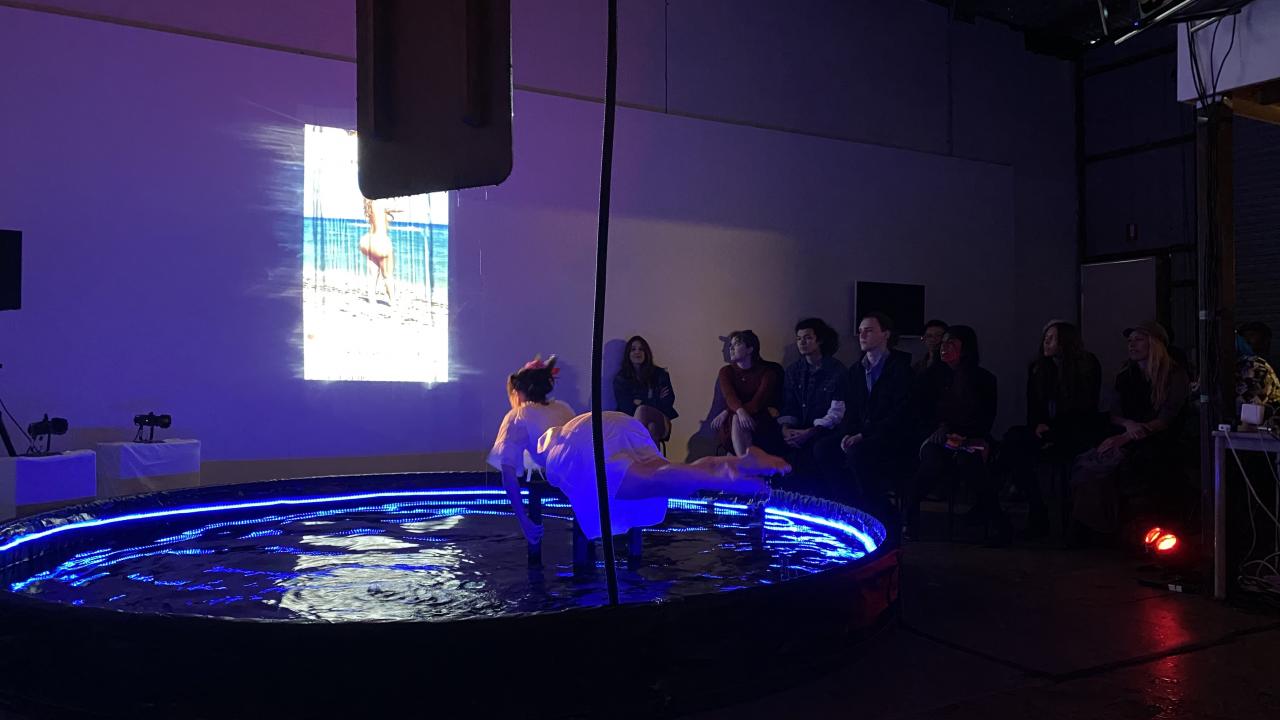 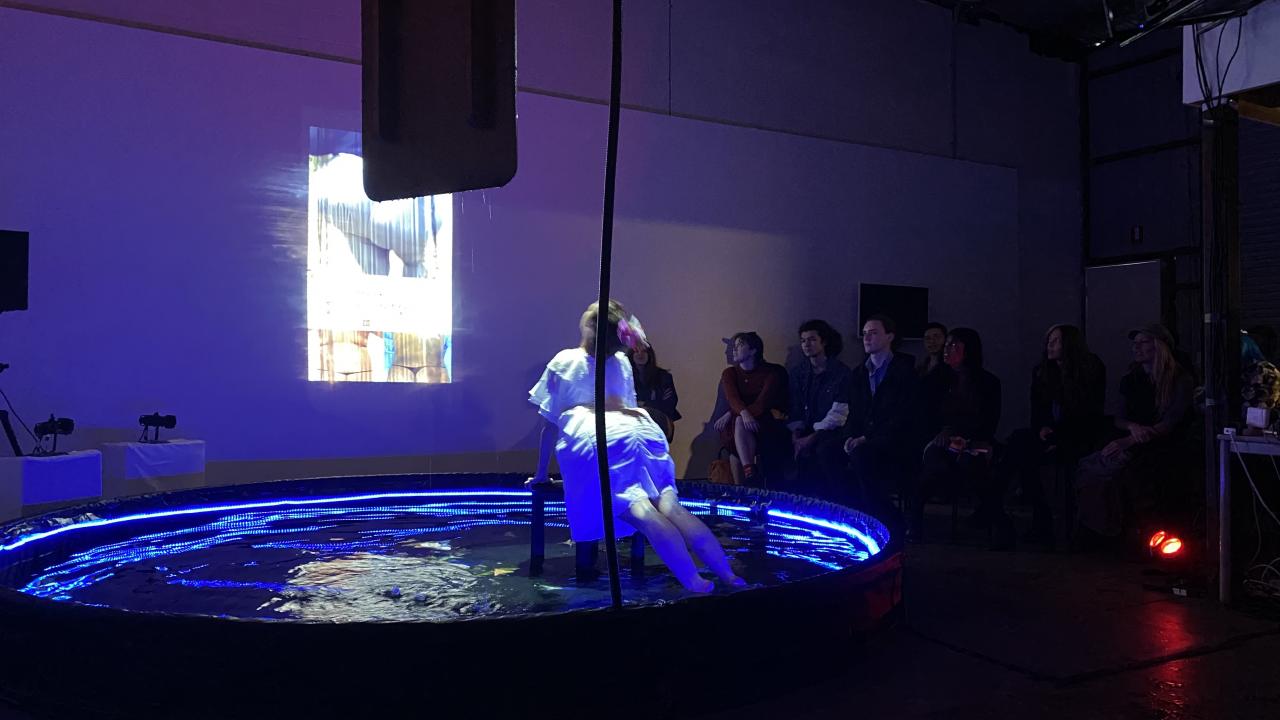 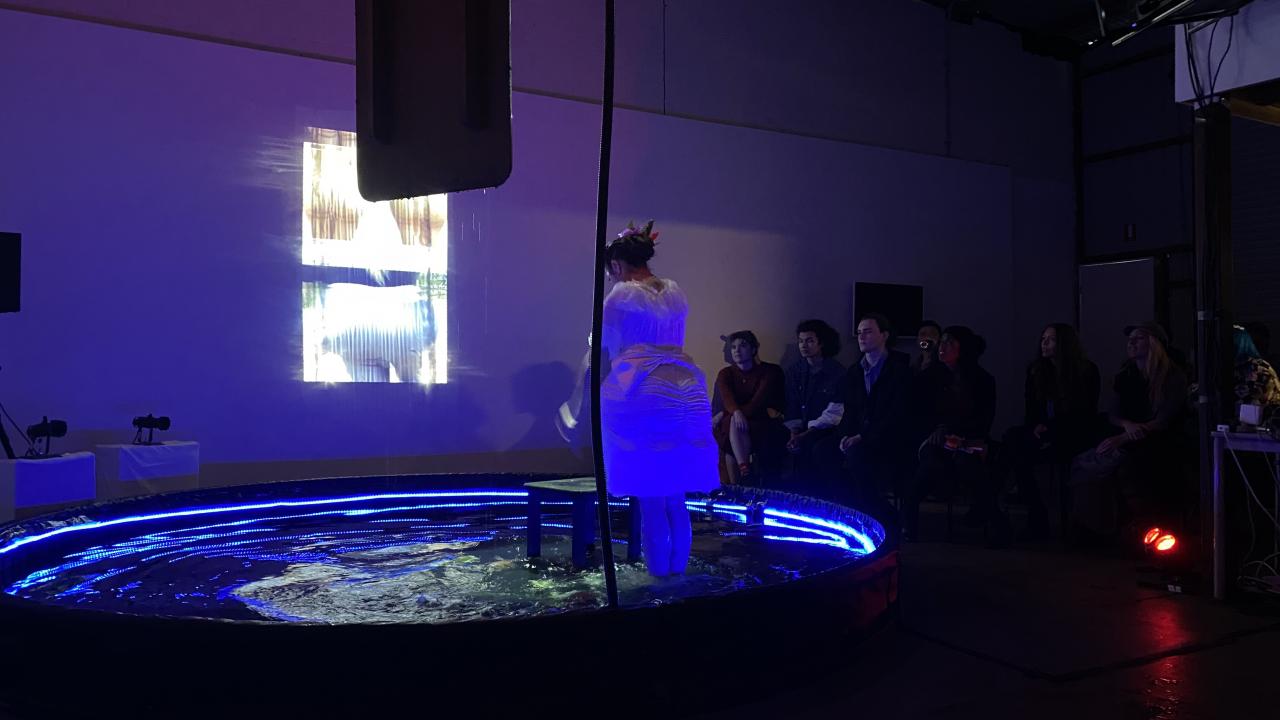 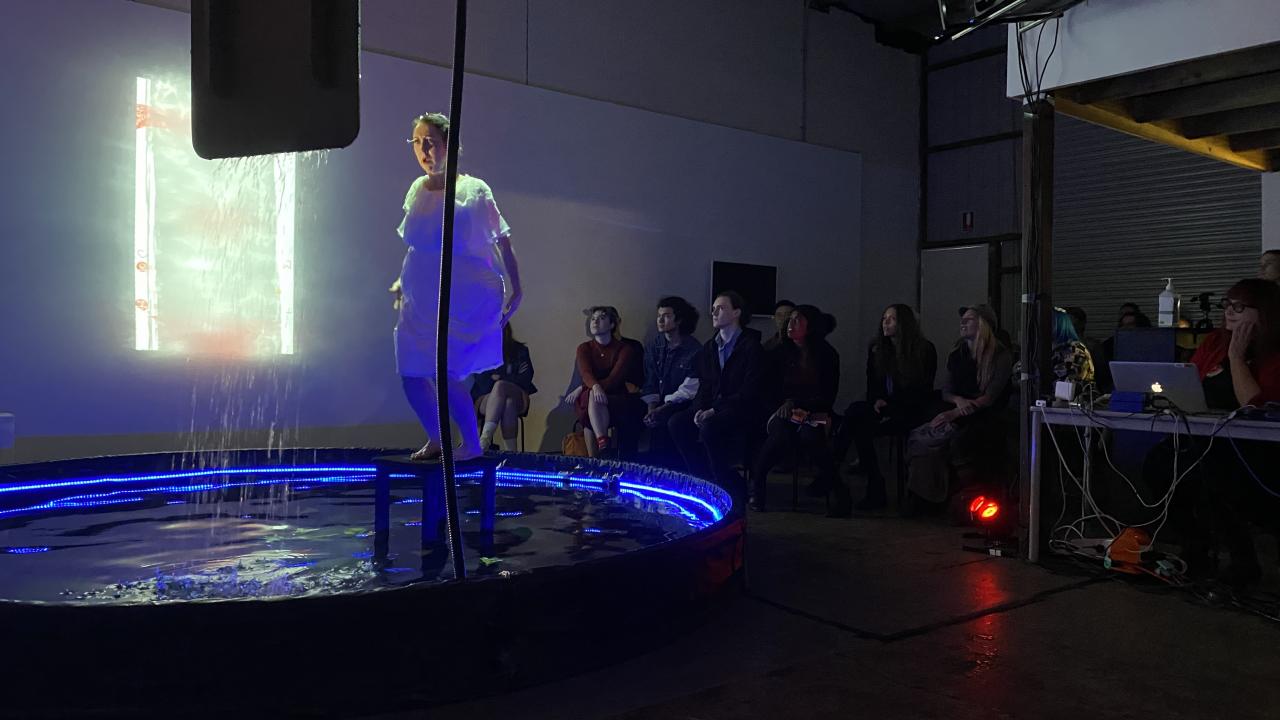 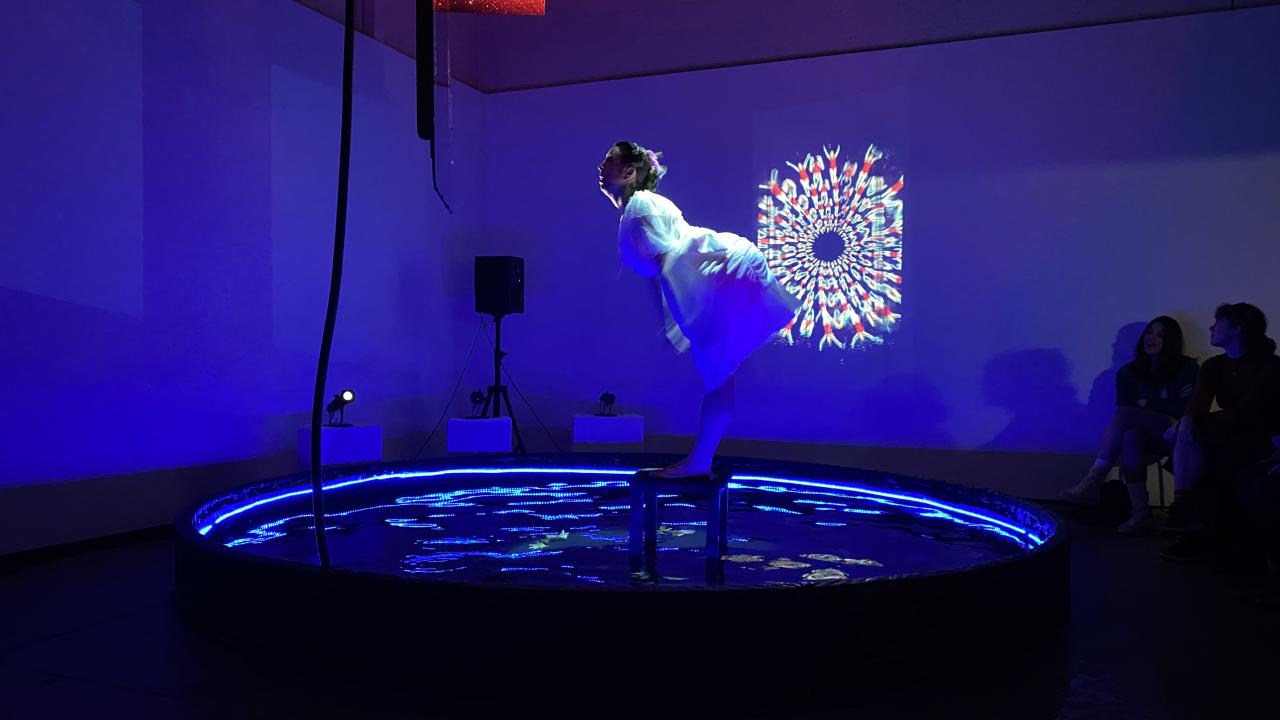 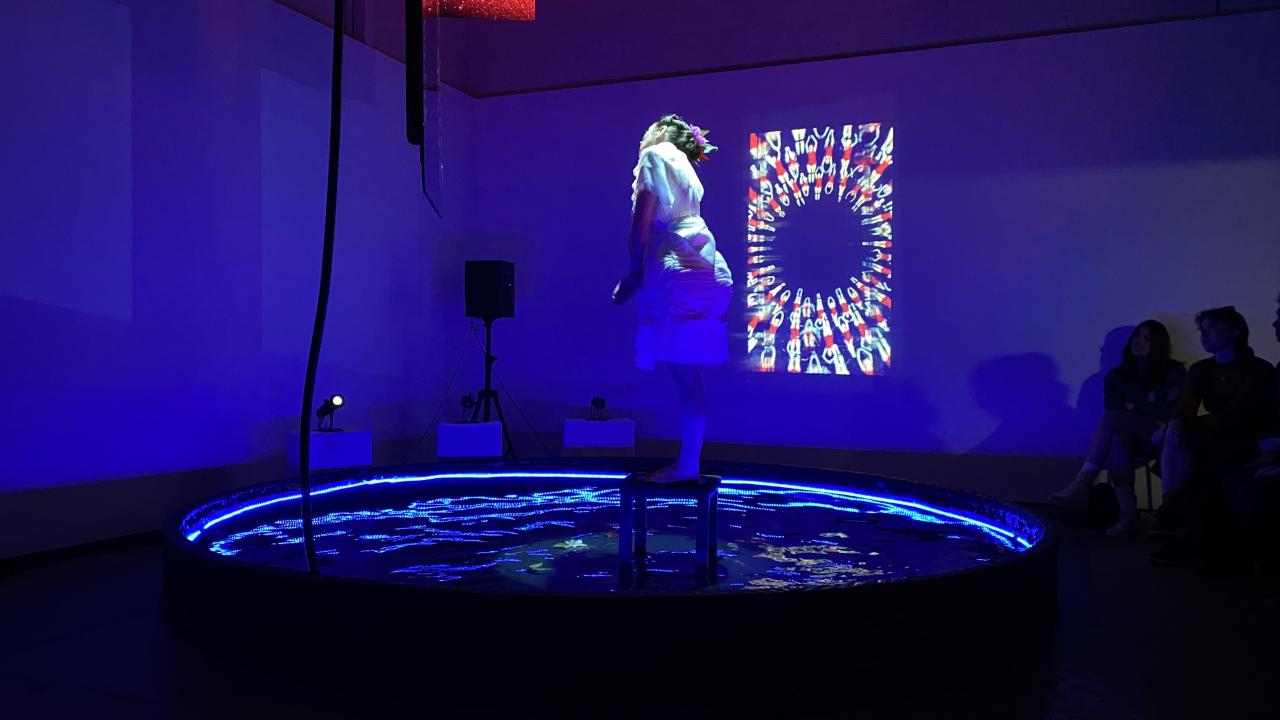 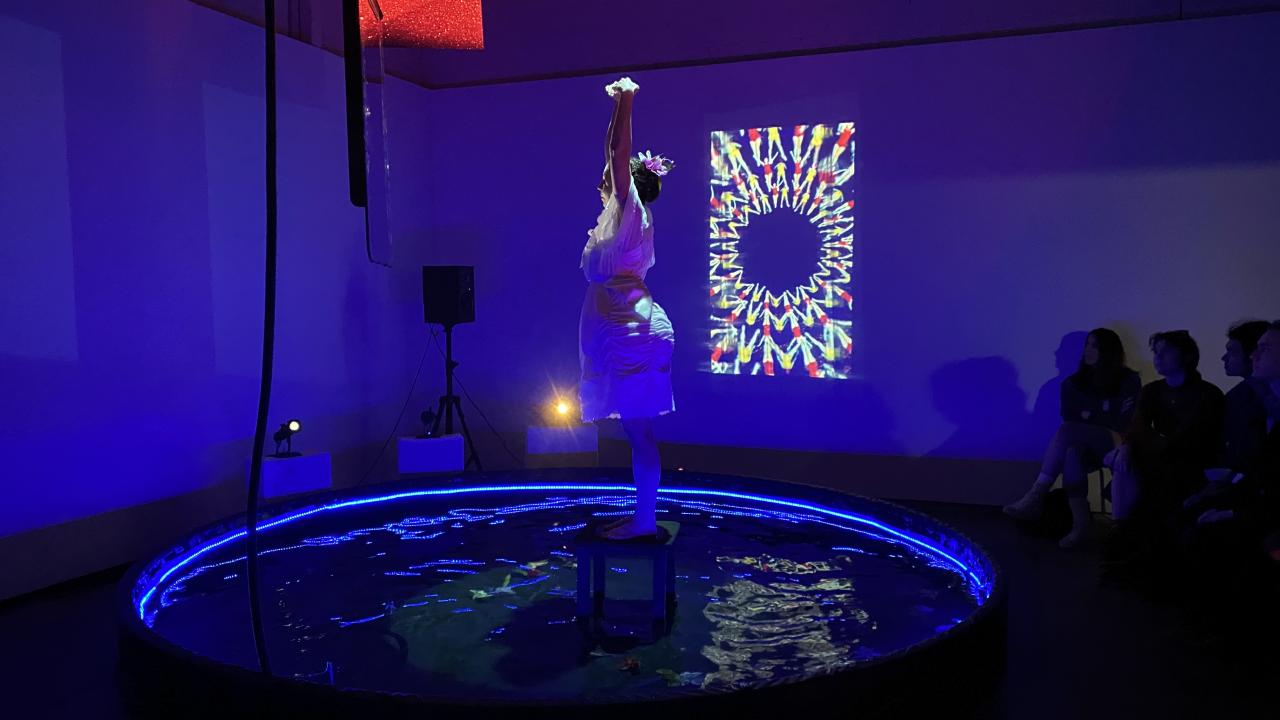 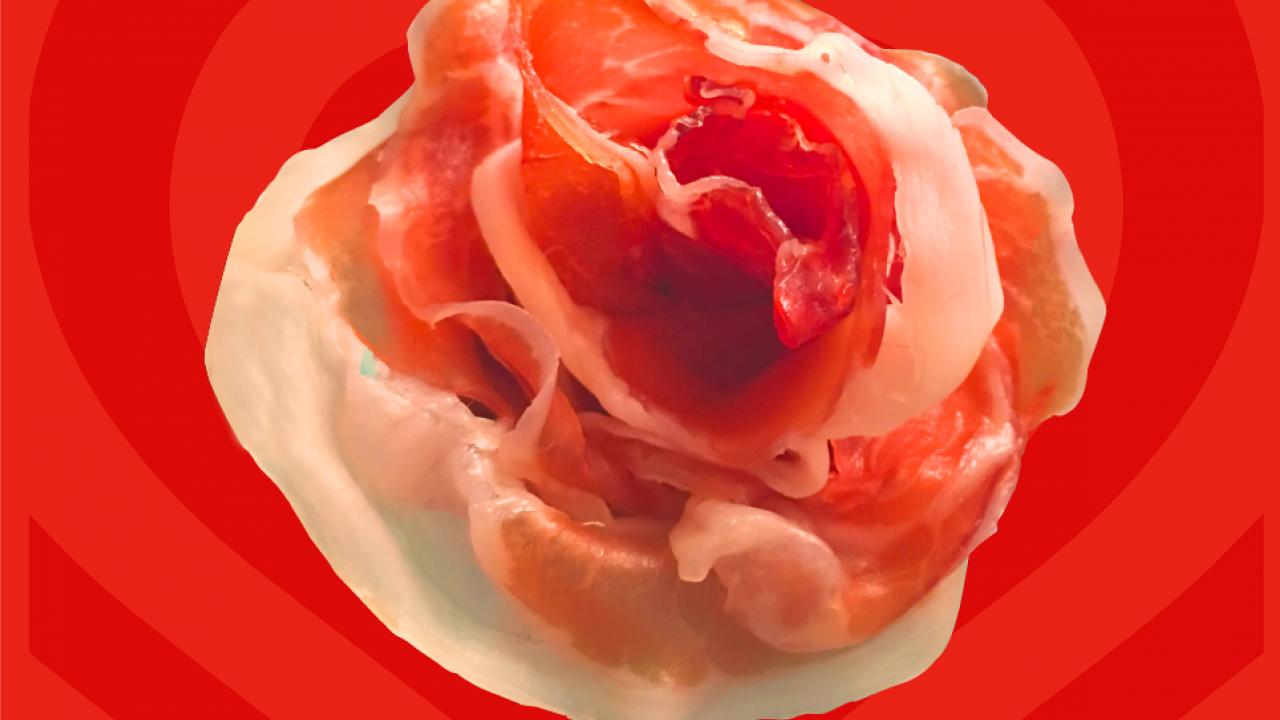 MEAT MIRROR is a performance activated multimedia installation that interweaves questions about the normalisation of cosmetic surgery with notions of the ‘space of appearance’ in the real and digital public spheres. The exhibition critically addresses the alarming normalisation of surgical enhancement via a multimedia aquatic installation punctuated by programmed performances. Wrapped in the Suburban Gothic’s paradoxical sugarcoated grotesque, Meat Mirror poetically juxtaposes natural against digital worlds as well as butchery against beauty and mixes Orwellian satire, MGM aquamusicals, and Schlock Horror genres.

JAY YOUNGER is a visual artist, curator, and academic with over 30 years of practice and is Adjunct Professor at the Queensland College of Art, Griffith University. Jay’s often satirical and absurdist artwork takes form as photomedia, public art and multimedia installation with the purpose of interrogating the position and status of women and to ask questions about the human subject immersed in the conflicting agendas of politicised space. Jay’s work has been exhibited extensively in Australia and overseas, and is represented in major public gallery collections throughout Australia. In 2019 Jay’s work was exhibited in ‘Hands Across the Pacific’ where she was one of eight artists representing Australia at The Ningbo Museum of Art, China. In 2011 Jay completed her Phd in the arena of art in public places (UNSW). An exhibition of Jay’s 2D work will tour Australia and her installation work is included in Anne Marsh’s forthcoming book on Australian women’s installation art.

LISA O’NEILL is a dancer, performer, choreographer, performance director and educator working across mediums of dance, theatre, contemporary performance and new-media. She has developed a broad body of works over several decades, presenting across Australia, United Kingdom, Europe, Asia, New Zealand and the United States of America. A polymath of sorts, Lisa has presented digital art installations in the Forbidden City of Beijing, performed Off Broadway in Australia’s longest running children’s show Fluff, danced at the Sydney Opera House numerous times and acted in Shakespeare and Greek Tragedies in castles and ruins across Europe. Since 2001 Lisa has directed the Acting program at TAFE Queensland, using this platform to facilitate a rigorous and informed performance culture for young actors and performers to practice and study. In 2010 Lisa co-founded the performance collective Rramphouse and in 2018 the theatre collective Robert The Cat.

GUY WEBSTER (Sound Designer) is a Sound Designer/Composer/Collaborator and works across the mediums of theatre, dance, circus, sound art, installation and new media. During his early career as a dancer & choreographer Guy developed his practice as a composer and musician. His work has since featured in theatres, festivals and galleries throughout Australia, Japan, Europe, UK, USA and China and his live performances have shared the stage with the likes of Beth Orton, Ed Harcourt, Powderfinger, The Cruel Sea, Mad Professor and Sarah Blasko. Guy has created music and sound for many theatre & dance works with Qld Theatre Company, Sydney Theatre Company, La Boite Theatre Company, Shake & Stir Theatre, The Brisbane Festival, Bleach Festival, Dance North, Backbone Youth Arts, State Library of Qld, Out of the Box Festival, and Lisa O’Neill. Guy is also a founding member of new media performance and installation group, The Transmute Collective.

GEORGIE PINN (Interactive and Expanded Animator) has two decades of experience working in diverse creative roles from motion graphics and animation, to directing and producing public cultural events, interactive installations, film, fashion, theatre and sound. Her key research focus is ‘empathy’ as a creative force for making connection across cultural, age and gender divides. Her moving image works have been showcased in various contexts such as music videos, contemporary art, fashion, and theatre contexts and her interactive projects have been presented in a range of international locations such as Ars Electronica (Austria), Federation Square, Drive (Berlin), Robotronica, WhiteNight, The Cube, ISEA (S.Africa), Pause Fest, the MCG and Sheffield doc fest (UK).

CARA COOMBE (Young Artist Mentee) is a fine art photographer based in Brisbane, Australia. She holds a Bachelors and Honours degree in Photography from the Queensland College of Art. Cara’s work sits within a biographical framework, exploring the concepts of gender, sexuality, mental health, and personal, family and socio-cultural identities. Cara has exhibited her work throughout Australia and internationally, with international group shows exhibited in Paris and New York. Her most recent exhibition was her debut solo show, ‘Human(e)’ at Brunswick St Gallery.

CHELSEA O’BRIEN (Young Artist Mentee) graduated from TAFE Queensland in partnership with University of Canberra with a Bachelor of Acting and Performance in 2017. Since graduating Chelsea has worked as a performance producer on Wynnum Fringe Festival, Jungle Love Festival and is the Artistic Director of the Brisbane Sci-Fi Theatre Festival. As an actor and a performer, Chelsea has been involved in several theatre works across Queensland and a variety of festivals. The most recent including: ‘Love + Information’ at Metro Arts, ‘Terra-fied!’ for The Sir Thomas Brisbane Planetarium and Starlight Children Foundation and ‘#Millennialgirls’ a finalist for Short + Sweet.