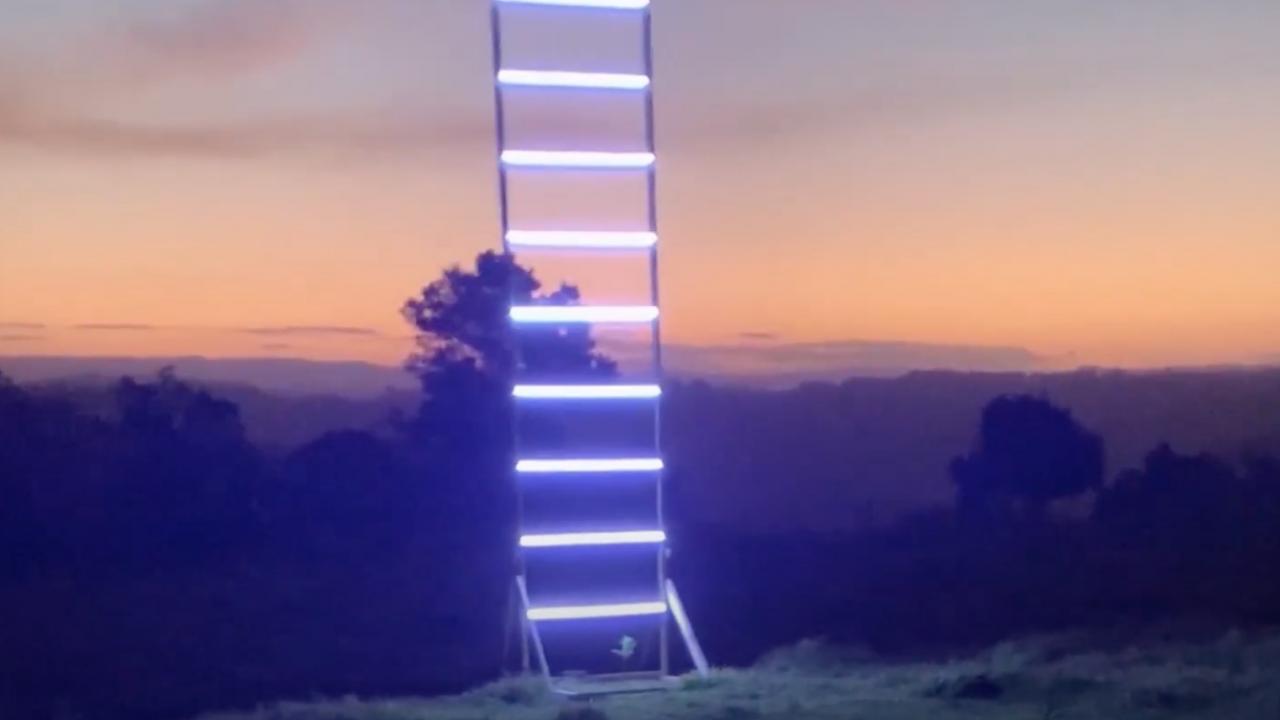 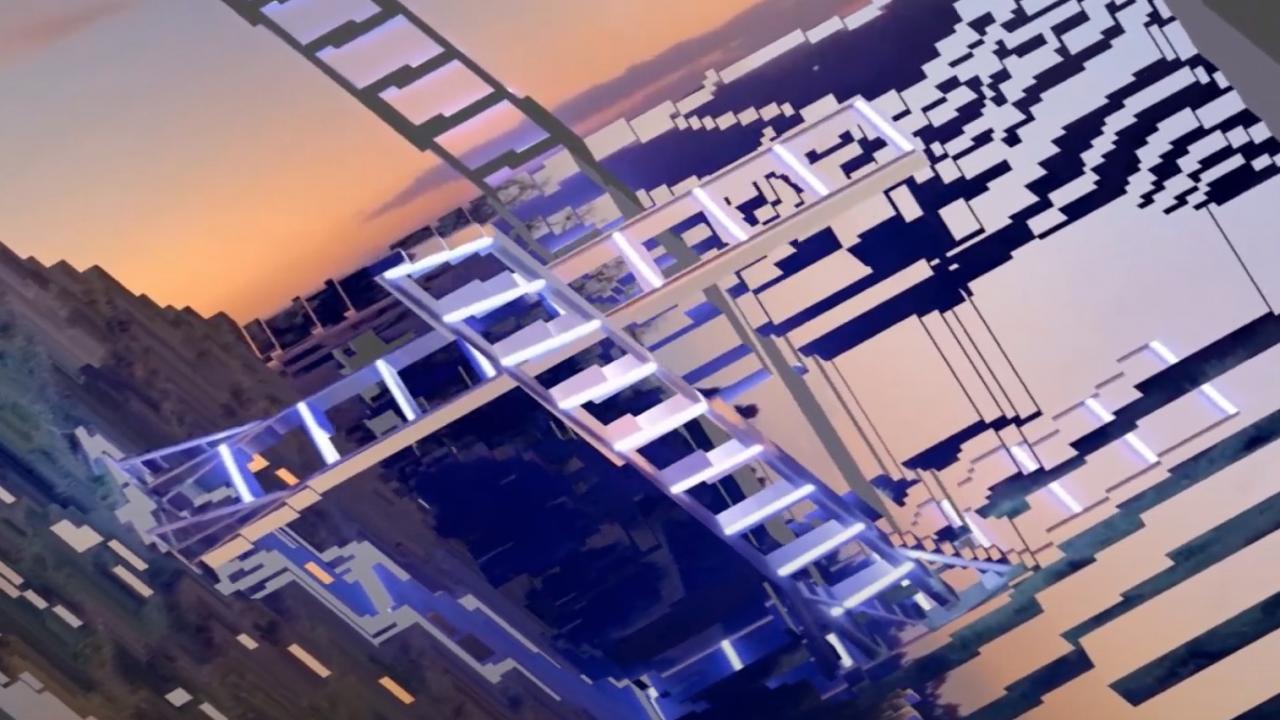 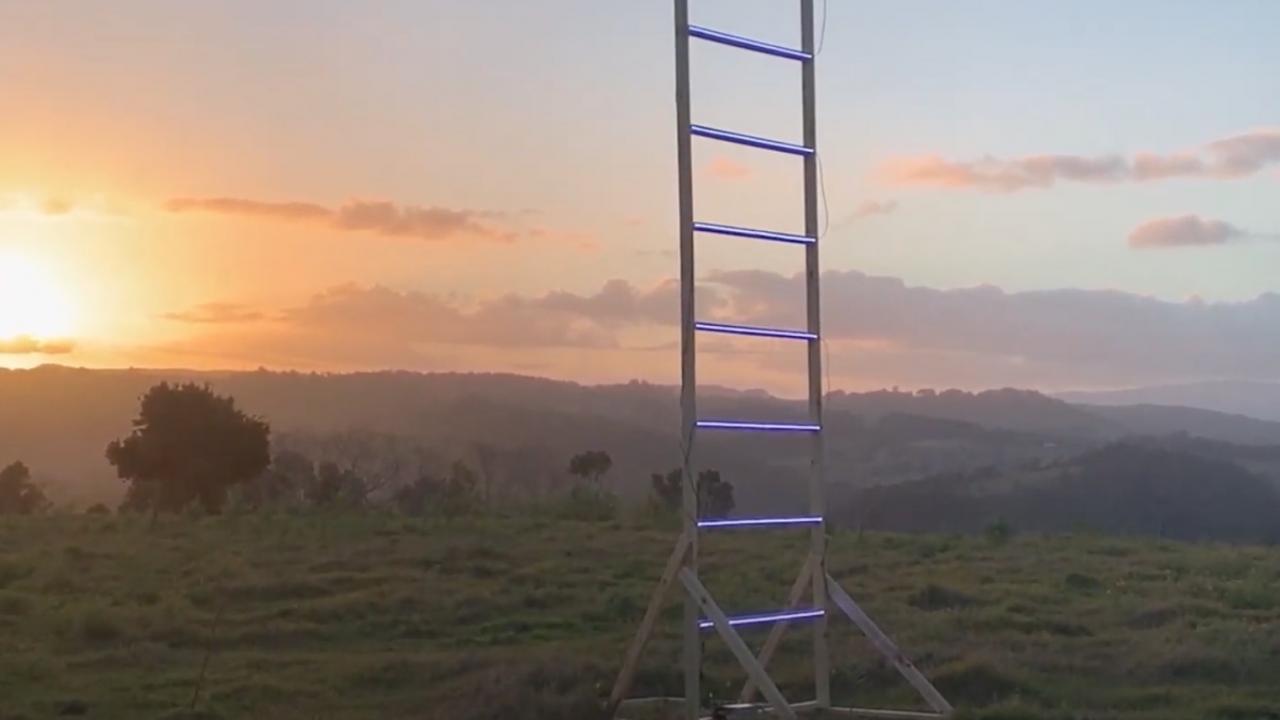 UNTITLED (STACK) is a 1-minute looped video filmed by the artist moving around a light sculpture in the fields adjacent to his home in Northern NSW. In this work he has taken cues from the languages of Minimalism as well as Light and Space, and for him, the structure functions as a counterpoint to the surrounding environment at specific times of the day. I am interested in the surface qualities of objects, how they shift in shape and colour in relation to our movements as well as the environment.

The creation of this work consisted of a tactile phase of physically making the structure followed by a digital process of working within visual-based programs. Previously, DAN has been working with light primarily within a gallery setting, and so with this work he wanted to bring it outdoors. Being a wide-open space, the dimensions of the structure – which stand at 5 metres high and 1.2 metres wide – were ultimately informed by the location. The artist enjoys this idea of the surrounding place/site guiding and affecting the work (free will is overrated). The documentative quality of this project directed him into the process of working digitally. Here, he has used UV texture mapping techniques onto digitally constructed 3D shapes and forms. For Dan, these digital sequences echo the sensation of what it’s like to move around objects.

DAN MCDONNELL is interested in the material and perceptual make-up of our encounters with screens—what our eyes take for granted when focusing on the content of websites and apps that vie for our attention. Dan’s work explores the specific colours, forms, and representations of light that make up these sensory experiences. By presenting screens as paintings and paintings as screens, Dan deconstructs and blurs the distinctions between the digital and analogue languages and forms.

As part of SWELL Fringe Festival THE WALLS ART SPACE will present MEDIUM RARE; site-specific art and sculpture symposium: responding to the physical and psychological landscape, here and now. MEDIUM RARE is an initiative that supports artists to make and document contemporary artworks in the outdoors and other sites, in their own time and on their own terms. The symposium will showcase documentation of the artists projects and open up discussion about the landscape that we find ourselves in. SWELL SCULPTURE FESTIVAL is Queensland’s largest outdoor sculpture exhibition and takes place on Currumbin Beach from 10-19 September.